I grew up next to the airport in Greensboro, North Carolina and always enjoyed watching the aircraft land and take off at the airport. My neighbour owned a Stinson Voyager and would take the local kids up on the weekends. I got the love of flying from those experiences, however, it was a very rough flight between Greensboro and Washington DC that convinced me that this was what I wanted to do the rest of my life.

Tell us about your career to date

In 1966, I went to work as a Station Agent for Piedmont Airlines. From there, I went to the Aviation Academy of North Carolina, where I earned my commercial pilot, instrument pilot, multi-engine, flight and ground instructor ratings. I spent a year at Raleigh Durham Aviation as a charter pilot and flight instructor, before moving to Continental Grain Company where I spent 10 years as a corporate pilot. After that I spent five years with AVX Corporation in Myrtle Beach, South Carolina as director of flight operations before returning to North Carolina to take over as general manager of aircraft and flight services for Piedmont Aviation. I then spent several years managing various aviation projects as well as evaluating and developing strategies for aviation industry investments, including piloting the launch of Mil-Brooke Helicopters. In 1995, I joined the USA-based Embraer Aircraft Corporation and held several leadership positions. I was involved in starting Embraer’s corporate aircraft division and launching the Legacy 600, the company’s first executive jet. Following my time at Embraer, I spent time with a leading aviation consulting firm as the managing director of business development. I joined Honda Aircraft as senior vice-president of sales and marketing in 2008. I retired from Honda in early 2012. I was familiar with Quest and got to know the then-chairman of the board and acting chief executive, Dave Vander Griend, who had led the initial financing transaction for recapitalisation and new investment in Quest in 2011. I began doing some consulting work with Dave and Quest, and he asked me to take over as chief executive in November 2012.

Working with Mil Moscow Helicopter in Soviet Union/Russia to introduce them to how to do business in the West and to support Mil Helicopters in the field. (not that they took advantage of what we shared with them). Being part of the senior management team responsible for the successful privatisation and financial turnaround of Embraer and being part of the successful financial turnaround of Quest Aircraft.

I have loved every chapter of my aviation career, however one of the biggest disappointments was not being able to deliver a HondaJet to the dealers who worked so hard to stay in the programme even though US Federal Aviation Administration certification was delayed beyond my tenure at Honda. 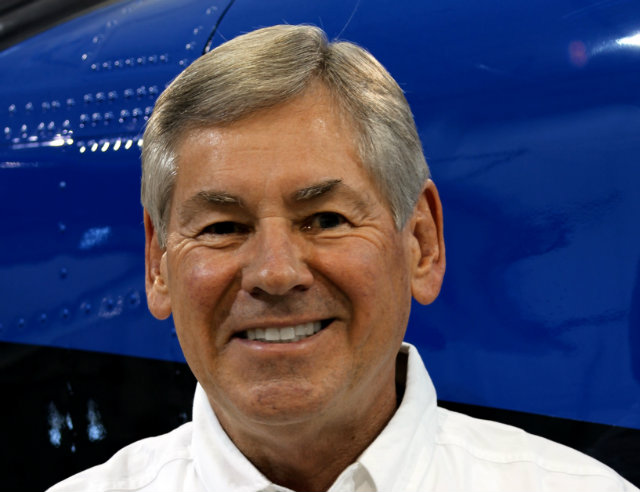 As chief executive of Quest, I am responsible for all aspects of the business – manufacturing, sales, customer support, new business development, etc. However, our team is very capable and they handle all of the day-to-day details. I am very fortunate to work with such a capable senior management group.

Was it hard breaking into the single-engined turboprop market with so many long-established players?

Quest was started because there was a need for a modern turbine aircraft to replace the tired piston fleet used in Mission Aviation groups in remote areas of the world. The Kodiak was perfect for this purpose. Later this translated into a great niche aircraft for many purposes. Today, we have aircraft serving in almost all categories: special mission, personal use, government, commercial operations, and mission and humanitarian operations.

How is the sector faring today?

Competition is very strong, but we feel that the Kodiak 100 is proving that it competes very well in the market place.

After 50 years in the industry, I still look forward to interacting with the people who love aviation as much as I do. We are very fortunate to be part of this relatively small group of special people.

You are set to retire in February. What are your plans?

I will be staying on as an advisor to Quest and also as a member of the board of directors. In addition, I will continue to be involved in other entities of Quest’s parent company, Setouchi Holdings. One of those is the recently launched SALT – an aircraft leasing and financing company, where I also serve as chief executive. I am also looking forward to less time traveling and more time at home.