Thomas Cook Airlines line training captain and Masterchef finalist David Crichton has learned from experience on the flightdeck and in the kitchen that with the right ingredients, practice makes perfect

I didn't like the sun as a child, so the flight was the best part of my holiday! From a very early age I remember being in awe of how big an aircraft was. Living under the flightpath of Newcastle airport just kept my fascination up.

You wanted to be a pilot from an early age. What did you do to achieve that?

I kept knocking on doors – it took three years of applying. I then decided to apply for the Royal Navy and luckily the commercial job with Airtours came up at the same time.

How has your career progressed since then?

I was seconded to British Regional Airlines, flying to the Isle of Man on the British Aerospace ATP – an absolutely brilliant flying apprenticeship. Then I went back to Airtours/MyTravel on the Boeing 757 and 767. Sadly, 9/11 changed everything, then some accounting black holes and the retirement age increasing meant I waited 15 years for my command opportunity. Fortunately, after six months, I was lucky enough to be promoted to line training captain, which is where I am now on the Airbus A330 for Thomas Cook Airlines. 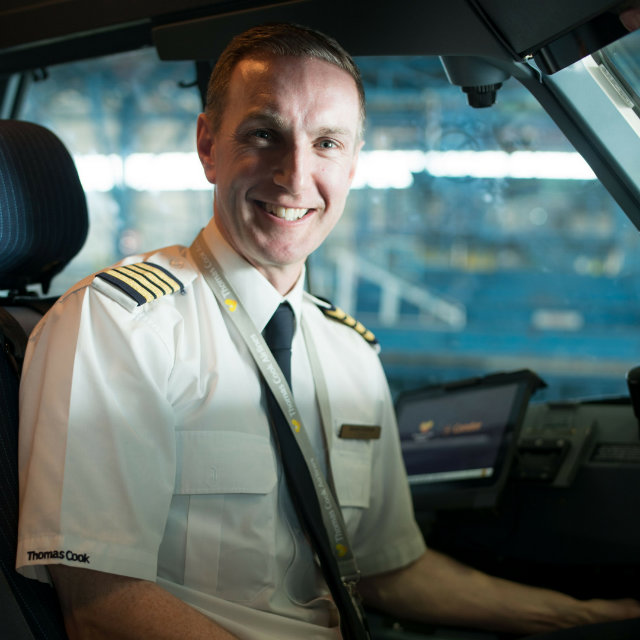 If I'm at home it is cooking and organising my new life post Masterchef. Flying, every flight is training. Every training flight is very different, though: from currency flights, to training brand-new people on type, to line checks.

I'm fortunate to have downtime in some fantastic places around the world: JFK when the weather is nice is my favourite. Plus, I still love actually hand flying and operating a big jet; I never tire of it. The worst parts are the fatigue: long haul, two days off, long haul, two days off, is very tiring – not only on yourself, but also because you are spending large portions of time away from family. Once you're home, they expect you to be normal and full of energy. This is very tough.

Now you've been on Masterchef, are you considering a career change?

Absolutely not! After taking so long to get where I am, I'm not in any hurry to turn my back on flying. There are things I want to do in the culinary world, but it has to fit around that. 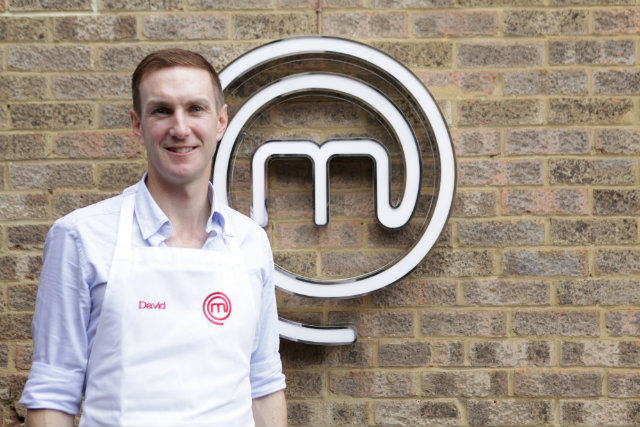 What's harder – cooking in a restaurant, or flying an aircraft?

Tough question; it depends, like everything, on how well you're trained and how capable you are. I would say they are equally challenging in their own right, but with different pressures. Flying is all about safety and getting from a to b as efficiently as possible, while cooking is all in my interpretation. We follow set rules in order to fly every day, whereas in the kitchen, I can rewrite the culinary rule book if I want – as long as the final dish tastes good!

What did your colleagues think of your culinary experiences?

Everyone has been so surprised that I actually know what I'm doing! I'd certainly have a full house for a few months if I opened the door.

Could airlines do better with their catering, what would I change?

I’m not just saying this because I work for them, but our James Martin in-flight food at Thomas Cook Airlines is fantastic compared to everyone else’s. I have flown with other airlines where the food was not nearly as good. I would change towards more low-energy-release foods for the main meals. As everyone is sitting down for hours, we don’t need lots of white starchy things. I love making salads, a salad can be exciting with a little bit of thought. More fresh fruit, too, rather than chocolate and crisps. Who wouldn’t love some juicy mango mid-flight as a nice refreshing snack? Especially if it has been macerated in a lemongrass syrup!