John Coubrough is the general manager of Alpha Aviation Academy in the UAE, with a particular focus on delivering the multi-crew pilot licence to some 190 students

How has your career progressed so far?

I spent 22 years in the UK Royal Air Force, during which I flew on the Lockheed C-130 Hercules for six years. I then moved into ab-initio flight engineer training as an instructor on the BAe 125 business jet, (which later became the Hawker 800-series) for three years, before completing nine years as a flight engineer on the L-1011 TriStar.

From there I moved into operations, including passenger, freight, VVIP and air-to-air refuelling. I took part in both Gulf wars and operations in the former Yugoslavia. From the air force, I moved to Qatar for six years, working at the Qatar Aviation Academy as a ground instructor, before coming to the United Arab Emirates just over nine years ago, where I joined Alpha Aviation Academy.

What is Alpha Aviation?

Alpha Aviation Academy is an approved training organisation in the UAE, delivering the multi-crew pilot licence, for which we are currently the second-largest provider of this course in the world.

Our aim is to train pilots to the level of proficiency required to operate as a co-pilot on a modern jet engine aircraft – essentially, taking an individual from zero to the right-hand seat of an Airbus A320. 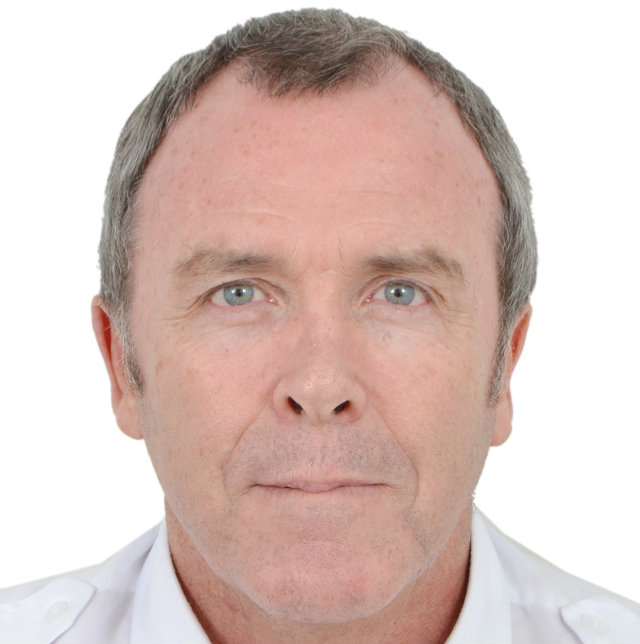 What does your current job involve?

I'm currently acting as the company general manager and the accountable manager responsible for our operation here in Sharjah, to the General Civil Aviation Authority.

My role is to ensure that, as a company, we have the resources to provide all training activities to the standards required by the GCAA. The safety and compliance systems and ultimately the safety of all staff and students also falls within my remit.

What projects is Alpha working on?

Our core project is the delivery of the MPL to our students, of which we currently have around 190 in training (with over 315 having already graduated).

One project we are currently working on revolves around diversity in aviation. Currently it is estimated that just 3% of the world's commercial pilots are women.

We are therefore fully committed to getting more women into the skies, and as a result have a high percentage of female enrolment at Alpha. Currently 21 women with 14 nationalities are enrolled with us, which proportionally is over double the industry representation average.

Having a wide range of backgrounds is also important to us – the programme is open to almost all nationalities, as long as you pass UAE immigration security clearance, and we have trained students from over 65 countries.

There is a lot of competition in the pilot training industry. How do you stay ahead?

By delivering a level of training second to none and – in conjunction with Air Arabia, our sponsor airline – giving cadets the opportunity to obtain 1,500h on the A320. This gives our cadets the best possible start in aviation for self-sponsored students, something I believe no other airline in the world currently does.

Working with highly motivated, professional, like-minded people to achieve our aim. Also seeing the changes in young people who are working hard to achieve their life goal.

There are many of course, but maintaining the synergy of the team here at Alpha, across the many different training elements, conducted both here and outside of the country is demanding. Striving for constant improvement within a highly regulated industry to provide our sponsor with the highest-quality, motivated first officers.