​Iran believed to have joined air battle against IS

Until now, air strikes had only been carried out by the US-led coalition. Washington has been quick to reject any suggestion that the coalition is associated with or co-ordinating with the Iranian effort.

“I've seen the reports,” Pentagon press secretary Rear Adm John Kirby said on 2 December. “We have no indication that the reports are not true – that Iranian aircraft have conducted airstrikes in the last several days against ISIL [Islamic State of Iraq and Levant] targets in eastern Iraq.

“Our message to Iran is the same today as it was when it started, as it is to any neighbour in the region that is involved in the anti-ISIL activities. And that's that we want nothing to be done that further inflames sectarian tensions in the country.” 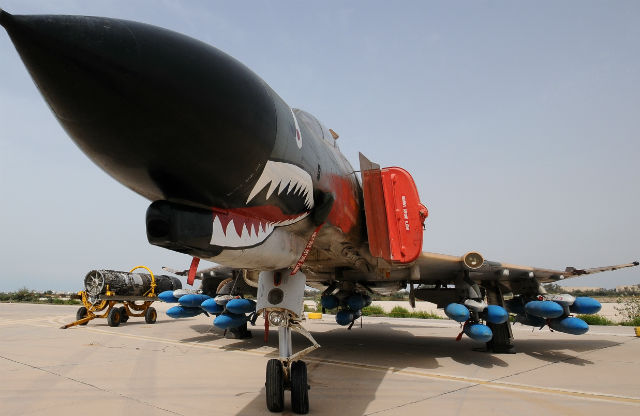 Political tensions between the USA and Iran are likely to prevent them working directly together, but a shared interest in abolishing the rise of the militant group that is terrorising the region – Iran shares a border to its west with Iraq and US citizens have been killed by IS militants – has led to them having similar operational agendas.

Iran has also vehemently denied any co-operation with the USA. "Now the Iraqi nation along with its government, army and volunteer forces are in war with aliens and terrorists in a vast front,” said deputy chief of staff for the Iranian armed forces Gen Massoud Jazayeri on 2 December, as reported by the Iranian news agency Fars. “We have achieved much success and the future of independent Iraq depends on this very co-operation and sympathy, and the United States will definitely have no room or place in the future of that country.”

Kirby also confirms that IS leader Abu Bakr al-Baghdadi remains a target for the coalition strikes. “If you're a leader of the terrorist network and that network threatens Western interests and American interests in particular, you remain valid,” he says.

Meanwhile, the Iranian Tasnim news agency has reported that the nation’s Dassault Mirage F1s have been integrated with an indigenously-built cruise missile. Deputy defence minister Mohammad Eslami confirmed the development, claiming that the fighters are now in service and are ready for operation.

The MBDA Exocet missile, along with other Russian-built weapons, were designed to be used with the Mirage, but Iran was prevented from buying them, Tasnim reports.