Iran has released video of the unmanned Lockheed Martin RQ-170 Sentinel that apparently crash-landed inside Iran. A short video, released by Iranian news agency Nasim Online, shows what appears to be an immobile but undamaged RQ-170.

The new Iranian video is by far the most detailed view of the aircraft ever made public. The aircraft appears largely undamaged, though the underside and landing gear are not visible. Details of the aircraft are clearly discernable. The video alone would be a potential bonanza for interested intelligence agencies. Iran which has been under increasingly heavy sanctions from the US and EU, is likely to find interested parties in China and Russia. 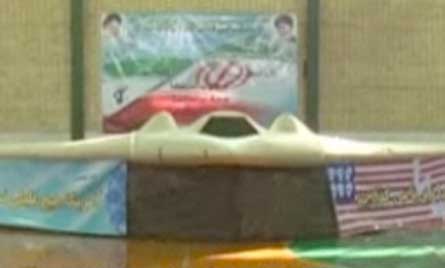 The existence of the RQ-170 Sentinel was classified until a series of pictures emerged from Kandahar airfield, the military's largest aviation base in southern Afghanistan. Its existence and operation was subsequently acknowledged by the USAF, but technical and operational details remain tightly controlled.

Several media sources have since claimed the aircraft was used before and during the special operations raid in Pakistan to kill Osama Bin Laden, and there has been intense but unconfirmed speculation that the aircraft was flown over Iran.

Media reports from US bases in South Korea and Japan describe aircraft operations consistent with the RQ-170.

The aircraft is operated by the 30th Reconnaissance Squadron at the Tonopah Test Range in Nevada, where the Air Force has operated numerous classified aircraft, including the Lockheed F-117 and captured foreign aircraft. The drone is also operated by the 432nd Wing at Creech AFB, the primary operating base of the Air Force's mainstay UAVs, General Atomics Aeronautical Systems' MQ-1 Predator and MQ-9 Reaper.