United Aircraft Corp subsidiary AeroComposite has delivered the first centre wingbox for the Irkut MC-21 aircraft, a new narrowbody design scheduled to complete first flight by the end of the year.

The centre wingbox and wing skins of the MC-21 are two of the most interesting aspects of the development programme.

Irkut selected an out-of-autoclave manufacturing process to cure the epoxy resin for both structures. Although such vacuum-assisted resin transfer infusion processes have become common in very small aircraft, it is the first time a manufacturer has attempted to avoid autoclave curing for primary structure of a large, passenger-carrying aircraft intended to receive civil certification. 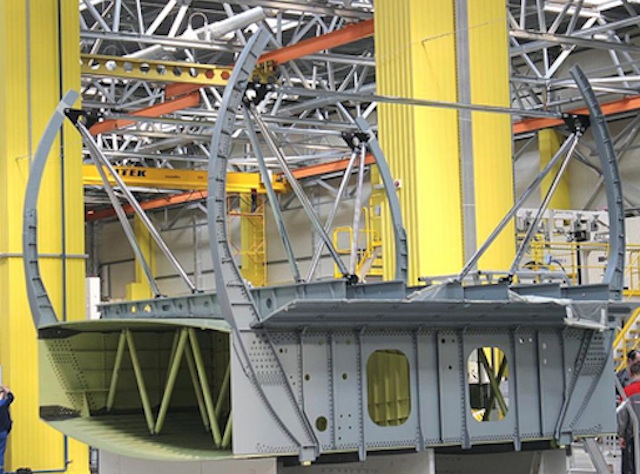 The out-of-autoclave process is expected to dramatically reduce manufacturing costs compared to an autoclave-curing process. The lightweight composite material also is expected to improve fuel efficiency by reducing the weight of the airframe and allowing designers to craft a more advanced wing with a higher aspect ratio than permitted by metallic structures.

An Antonov An-124 freighter delivered the centre-wingbox from the AeroComposite plant in Ulyanovsk to the Irkust Aviation Plant, where Irkut is assembling the first MC-21-300.

The Ulyanovsk plant also has completed the front and rear spars of the wing, says AeroComposite. The UAC subsidiary also is assembling the leading and trailing edges of the wing. Those structures will be assembled at the Capo Composite factory, also located in Ulyanovsk. 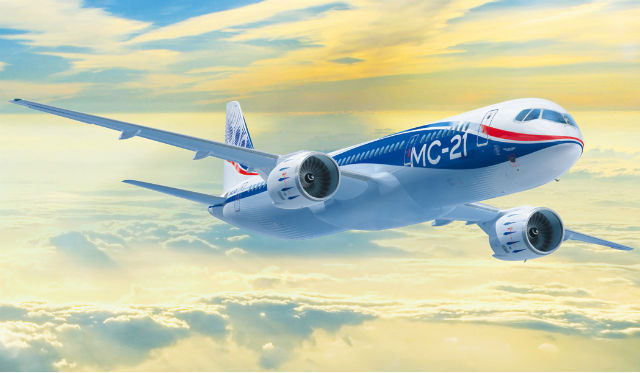 Irkut plans to complete certification of the Pratt & Whitney-powered PW1400G-powered MC-21-300 in 2017. Another version of the 180-seat-class aircraft with Aviadvigatel PD-14 engines is scheduled for certification a year later.

Irkut also plans to develop a 150-seat variant of the aircraft currently designated the MC-21-200.

After entering service, Russian officials have said the aircraft will be rebranded as the Yak-242.