Russia's surprise deployment of Sukhoi Su-57s to a base inside Syria has positioned its new stealth fighter within the same region of operations as the Israeli air force's Lockheed Martin F-35I. 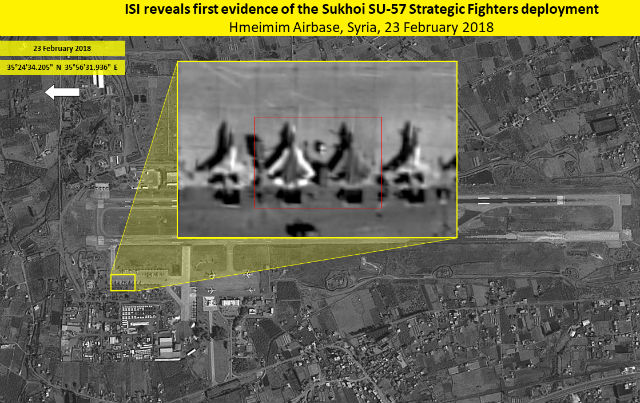 Israeli sources assess that Russia has sent dozens of new weapon systems to Syria, to undergo testing under combat conditions. But the Su-57's arrival – which places two of the world's most advanced stealthy combat aircraft within close proximity – creates a unique situation.

While Israel has not reacted officially to the development, a senior source says there is no doubt that Moscow has sent its newest fighter to the region in order to test it against Western technologies.

In mid-February, the biennial "Juniper Cobra" exercise, which also involves US forces, began in Israel. The three-week activity is aimed at improving the nation's defences against ballistic missile threats, using a scenario where US assets are deployed to provide assistance.

The exercise creates a situation where a large number of advanced radars are looking at the airspace across the region, making the Su-57's arrival of particular interest.

Russia claims to have developed a new radar system that can detect stealth aircraft, but sources suggest that the Sunflower system may lack the fidelity required to support targeting by missiles.

Syrian reports indicate that the Israeli air force is flying over the country on a daily basis using manned and unmanned platforms, and also striking targets. Moscow's new deployment – made two weeks after a border clash during which an Iranian-operated stealth unmanned air vehicle and an Israeli Lockheed F-16 were shot down – means the "hot line" established to deconflict the movements of Russian and Israeli aircraft will become more critical.