Israel's defence ministry is evaluating a plan that could allow it to lease Boeing 767-based KC-46A tankers as replacements for the converted Boeing 707s now used by its air force. 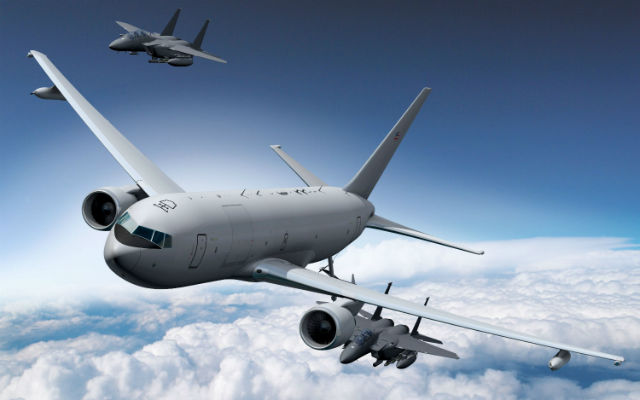 The evaluation is the most recent development in an ongoing effort to provide the Israeli air force with a modern in-flight refuelling capability. This has also involved the US government offering to supply three surplus KC-135Es worth around $200 million: a proposal the service responded to by saying it would only consider more capable R-model examples powered by CFM56 engines.

An Israeli source says a leasing model for the in-development KC-46A is being evaluated, and that "there are points to clarify" before a decision is made. Boeing's previous lease agreement, which enabled the UK Royal Air Force to operate an initial fleet of four C-17 strategic transports, is being used as the basic model for the evaluation, the source says.

Boeing and the US Air Force in August completed a critical design review for the KC-46A, with a first test example due to make its flight debut in mid-2014. The USAF plans to acquire 179 of the type to replace its oldest KC-135s.

Israel's current 707-based tankers were converted by Israel Aerospace Industries. Flightglobal's Ascend Online Fleets database records eight of the type as being in active use.