Israel could maintain F-35s under US supervision

An agreement to perform depot-level maintenance on Israeli air force Lockheed Martin F-35s in Israel under US supervision could solve an ongoing dispute about the issue.

The service has previously expressed its opposition to the idea of such heavy maintenance activities being conducted on the stealthy type outside of the country. As part of the Joint Strike Fighter programme, Lockheed and the US Air Force are planning to establish regional maintenance centres for the aircraft, including one in Europe.

Col Shimon Tsentsiper, commander of the Israeli air force's depot 22, says the way the nation's F-35s will be operated will require "the best understanding of some major systems of the stealth fighter. That can only be achieved by maintaining them in Israel." 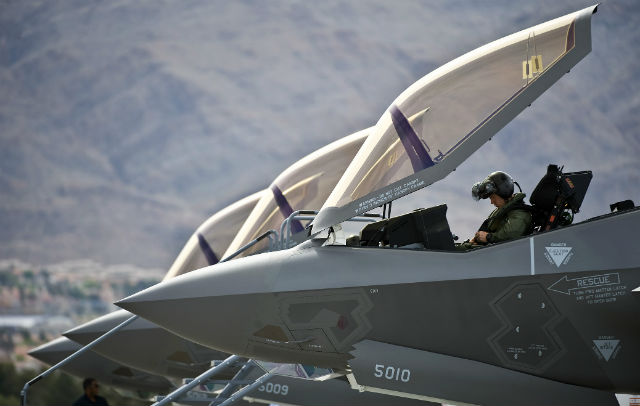 Israel's preferred concept is also based on storing all spare parts in Israel, so as not to be dependent on receiving deliveries from a central storage installation.

"We need all the F-35s in flight condition all the time," Tsentsiper says. While there is an understanding in the USA about the Israeli air force's demand, the details have not been agreed on, he adds.

As Israel's request includes some "main aircraft systems", performing full depot maintenance under direct US supervision is now being seen as the best potential way to satisfy both sides, another source says.

Israel's first 20 conventional take-off and landing F-35As are expected to be delivered from early 2017, with negotiations about a second batch continuing.