Air force commander Maj Gen Amikam Norkin confirmed the milestone involving the stealthy type, nine of which are assigned to its 140th "Golden Eagle" squadron at Nevatim air base. The declaration followed an inspection performed on five of the unit's jets, after which the service says "the aircraft was found fit for operational activity". 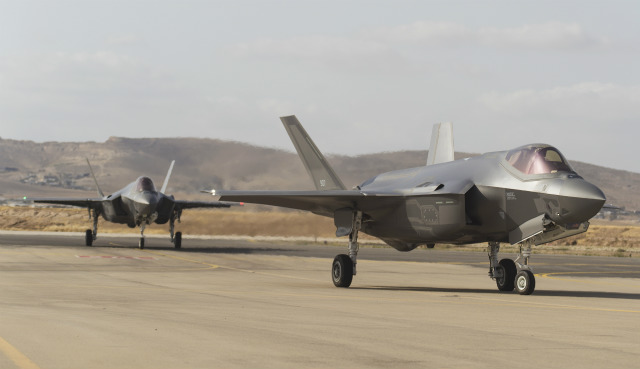 Describing the F-35I as "an important strategic asset" for Israel, the nation's lead squadron commander – identified only as Lt Col Yotam – says he has "no doubt" that the new type will be employed operationally during the nation's next military campaign.

However, he notes: "We still have tests, development of combat doctrines and extensive learning before us."

Israel's air force expects to receive another six F-35Is during 2018, with the next arrivals due "early in the summer". Its current commitment is for 50 of the US-built aircraft, although a potential follow-on order will be the subject of discussion by the nation's government during 2018.

Meanwhile, Israel has asked the USA to allow it to integrate further Israeli-developed weapons and electronic warfare systems on its Adir fleet. The nation is already working to add Rafael's Python 5 and Derby air-to-air missiles to the aircraft, along with the company's Litening 5 targeting pod.

Israeli sources say the new request is being evaluated "by the highest echelons", and would require access to the "heart" of the stealth fighter's software.