An additional squadron of advanced Boeing F-15s has been revealed as one of the elements of a so-called "compensation package" requested by Israel in exchange for the US government backing a lifting of sanctions against Iran.

Israeli sources confirm that details of the request were agreed during a recent meeting between the defence ministers of the USA and Israel in Washington DC. This included the Israeli air force expressing its operational need for another squadron of F-15s, to ensure that the type can remain the "backbone" of its capabilities. 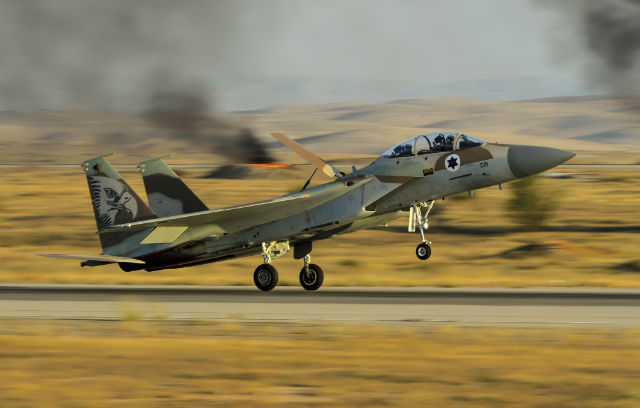 While details of the F-15 request have not been released, the sources say that it involves the latest Silent Eagle-standard aircraft, which would also be equipped with Israeli-developed systems. Enhancements introduced with the advanced strike asset include the ability to carry an increased number of air-launched weapons and the addition of conformal fuel tanks for extended-range performance.

Flightglobal's Fleets Analyzer database records the Israeli air force as operating 25 F-15Is – the youngest of which are 16 years old – and a combined 58 older F-15A/Cs.

Israel's "compensation package" has taken shape since an international agreement was reached in Vienna on 14 July, which will remove sanctions in exchange for Iran halting its nuclear activities. The Israeli government opposes the agreement, claiming that it will not stop Tehran from achieving its nuclear weapons ambitions.

Other systems being requested by Israel in order to maintain its operational edge include Bell Boeing V-22 tiltrotors, Boeing KC-46A tankers, additional Lockheed Martin F-35s and bunker-busting bombs that have until now not been exported by the USA.