The system was developed to address the problem of accidents caused by distracted or incapacitated pilots flying into the ground in an otherwise fully functioning aircraft.

Components of the AGCAS update include modifications to the fighter’s digital flight-control computer, advanced data-transfer equipment, and modified mission computer software. As the aircraft approaches the ground, the computer determines how much time remains before impact, and triggers an autopilot-commanded manoeuvre to avoid a crash.

Negotiations are focused on the adaptations that will be required to Israel's aircraft before the system is installed.

The decision to equip the F-16 fleet with the technology is part of a broader effort to increase safety across the Israeli air force. Another initiative involved a recent first loss of control in-flight (LOC-I) experiment conducted by the service's flight test squadron using a two-seat F-16D. The aircraft was adapted with a tail-mounted parachute, to help stabilise it in the event of a severe departure from controlled flight.

According to data collected by the Israeli air force, the majority of LOC-I incidents involving its aircraft during the 1980s and early 1990s occurred during air-to-air combat, but this decade have largely been experienced in training. Its most recent losses have involved a Boeing F-15 and, last October, an F-16I which was lost while attempting to land with an asymmetric weapons load. 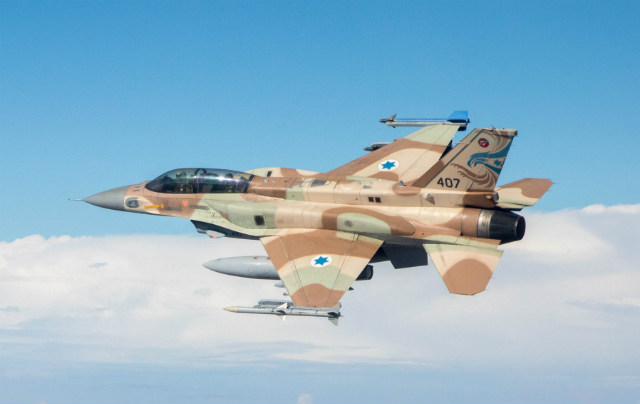 Regular changes to the F-16's operating configuration are another factor behind the ongoing work to avoid LOC-I events. The air force plans to perform its next test flights using an I-model example.