The Israeli air force is upgrading the capabilities of its Leonardo M-346 advanced jet trainers, to equip the "Lavi" with inert training bombs and external fuel tanks.

"We work closely with the manufacturer, and this may lead to offering the same upgrades to other customers," says the commander of the air force's flight test centre, identified only as Lt Col Shlomy. The unit is tasked with overseeing the modifications, as well as opening the trainer's full flight envelope, to match the service's operational requirements.

Shlomy says that based on Israel's experience gained with the aircraft so far, advanced software blocks have also been installed.

"We have accumulated the largest number of flight hours on the type, and the experience gained allows us to make the changes this aircraft has made to our pilot training process even bigger," he says. 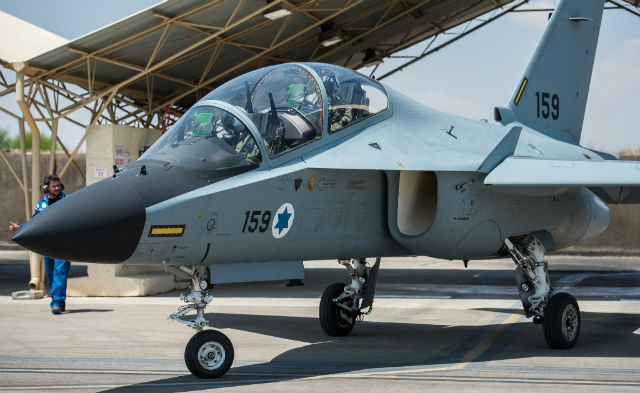 The last of 30 M-346 trainers purchased by Israel landed at Hazerim air base in July 2016. Prior to its introduction, Israel's fighter pilots underwent the advanced stages of training using Lockheed Martin F-16A/Bs.

Shlomy says upgrades to the type will enable the air force to further streamline the training process. Its concept of operations for the type already involves emulating the use of radar and precision-guided weapons, and linking simulators to conduct "team flying" on the ground.