Three additional Lockheed Martin F-35s landed at Nevatim air base in Israel on 23 April, taking the number of fifth-generation fighters to arrive in the nation to five. An initial pair of the conventional take-off and landing type touched down at the same site on 12 December 2016. 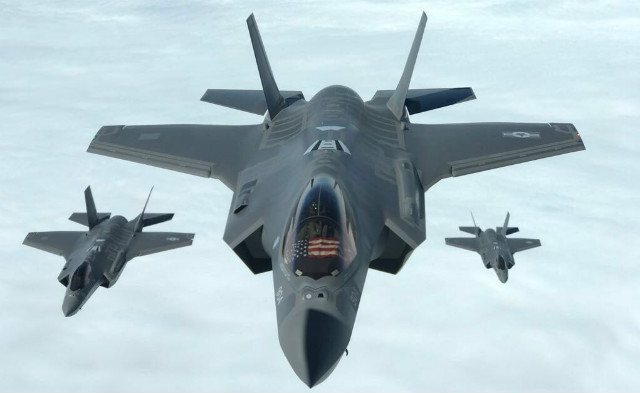 The Israeli air force's “Golden Eagle” squadron will use the new arrivals to intensify training operations, while the jets will also receive modifications unique to the service. According to the unit, its first two F-35I Adir aircraft have already amassed "dozens" of flight hours.

Israel's cabinet approved a deal last November to acquire a latest batch of 17 F-35s, taking the nation's current commitment to 50 units. Six of these are expected to arrive in Israel before year-end, when the air force also expects to declare initial operational capability with its Adir fleet.

Meanwhile, debate continues in Israel about whether to increase its F-35 order beyond a current 50-unit total, or to acquire a second squadron of advanced Boeing F-15s.

Israel's initial requirement was for 75 Adirs, but the need to replace its oldest F-15s has become a high priority. Its air force has operated the strike asset since 1976. No details have been revealed about the version of the twin-engined type that is the focus of evaluations, but sources indicate that it will be capable of carrying an increased load of weapons; similar to Boeing's previously proposed F-15 2040 upgrade configuration.