An under-belly compartment for electronic systems is part of an upgrade programme for the Israeli air force's Boeing AH-64A Apache attack helicopters. 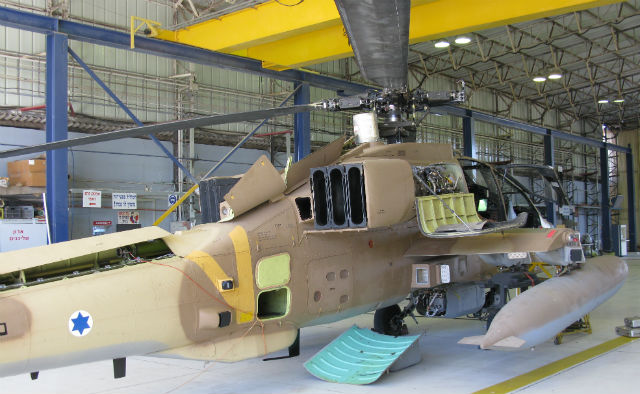 Lt Col C, head of the repairables department in the air force's Unit 22 says that the AH-64A - referred to by the service as "Peten" - are undergoing a comprehensive upgrade. This includes replacing original wiring and some main computers, plus the addition of the new compartment beneath the fuselage that houses modern avionics equipment. The external compartment was the only solution, as all of the Apache's internal space is already packed with systems.

Installed behind the Apache's cannon (below), the compartment was designed and manufactured by Unit 22, which is the main maintenance and upgrade centre for the Israeli air force. 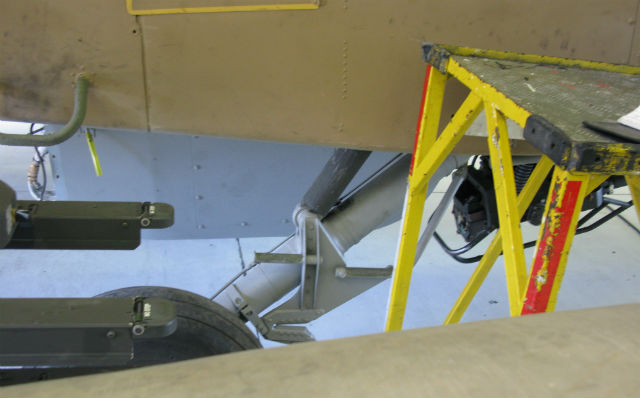 Some of Israel's A-model Apaches have previously been upgraded to the AH-64D "Saraf" standard, but a planned programme to bring all examples to the configuration was terminated due to budgetary constraints.

Flightglobal's Ascend Online Fleets databaserecords the Israeli air force as having an active fleet of 48 Apaches, including 26 A-models.