The Israeli air force has used a bilateral exercise with its Greek counterpart to prepare for apotential situation where it will have to attack Iranian nuclear facilities.

In late April, the service took part in joint training with the Greek air force, which included performing missions against the nation's Russian-made S-300 surface-to-air missile system. The same equipment will soon be supplied to Iran, under a proposed deal with Moscow.

Israel deployed a force of Lockheed Martin F-16Is of at least squadron strength from several of its bases to participate in the "Iniohos" exercise. Air forcecommander Maj Gen Amir Eshel visited the manoeuvres and flew a number of missions. 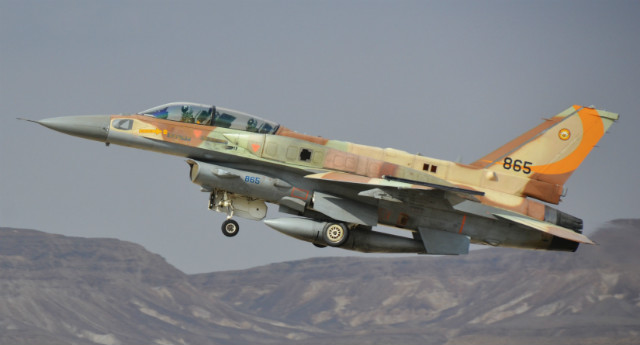 Recently, the commander of Israel's Nevatim air base, Brig Gen Lihu HaCohen, said the air force is getting ready for a number of possible scenarios, including the Iranian one.

The Israeli and Greek air forces have staged a number of joint exercises over the last few years.

NATO member Greece has been in possession of S-300s since the late 1990s, andis operating theair defence systemfrom a base in Crete. Athens is also negotiating with Russia for the purchase of additional missiles.

According to foreign sources, the Israeli air force has acquired technical data about the long-range surface-to-air missile system, and now its pilots have had a chance to simulate a scenario in which they attack a site heavily protected with the S-300 and other advanced anti-aircraft systems.