Despite the Lockheed Martin F-35 programme’s “unique relationship with Israel,” the country has not been granted unfettered access to every component on the 33 aircraft it intends to purchase.

Tel Aviv is demanding much from the joint programme office (JPO), including a local maintenance, repair and overhaul facility and pilot and maintainer training with full-motion simulators, even though those types of capabilities are being centralised at planned regional F-35 centres in America, Asia and Europe.

The Israeli Air Force has relative freedom to upgrade, modernise and weaponise its Boeing F-15s and Lockheed Martin F16s, and will have extended access to F-35 hardware, but there are still some aspects of the aircraft that will remain off limit, according to the US programme director.

“It is a true statement that some portions of the F-35 are not releasable to any partners or customers on the F-35, not uniquely Israel,” says F-35 JPO head Lt Gen Christopher Bogdan. “Only the US services and US industry can do certain things on the airplane. That’s not unique."

"[With Israel], is if there’s anything unique to put on the airplane, if we can let you do it we will, and if not we’ll work it, in your country or in the US. Israel should be able to do anything it wants to the airplane, sometimes with our help and sometimes not.” 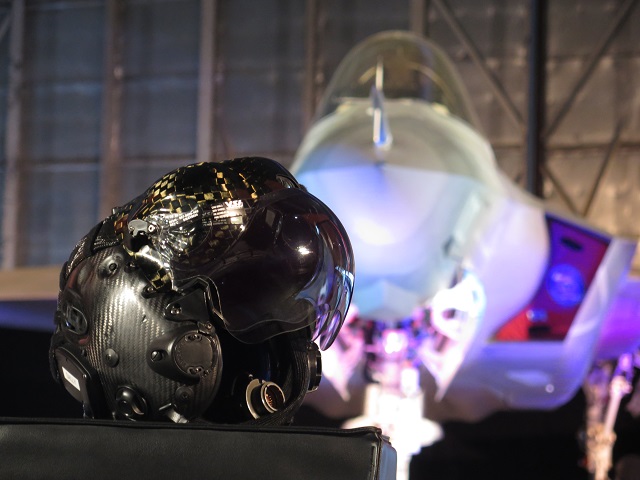 One of Israel’s contributions to the F-35 is the “Gen 3” helmet mounted display produced by Rockwell Collins and Elbit Systems’ Vision Systems joint venture.

Bogdan’s comments were delivered at the US Navy’s F-35 test site at Naval Air Station Patuxent River in Maryland, where defence secretary Ash Carter and Israeli defence minister Moshe Yaalon were due to hold a joint press conference until the meeting was scrubbed to poor weather.

The flexibility afforded Israel extends weapons testing, with Bogdan confirming the country will have the ability to trial its own indigenously produced weapons at home.

“Israel has a bilateral relationship with US on the airplanes they’re going to buy,” he says. “They can uniquely set their own requirements, and we will meet their requirements.”

Regarding follow-on modernisation of the F-35, which is due to start in 2019, Bogdan says mounting requirements from the 14 Lightning II customers could make the “Block 4” project unaffordable without a more realistic rephasing. He says Israel can choose its own upgrade package for its F-35s, but the timing and number of items ultimately depends on how much the country is willing to pay and wait.

Bogdan reiterated that US policy prevents the sale of F-35s to any Middle East nation besides Israel, and that policy will remain in place for the “foreseeable future”. The first two F-35Is are on track to arrive in Israel in December 2016, he says, and the balance of the 33-aircraft order arrive over the next three or four years.