The aircraft are part of a larger requirement for 15 of the type, including an order for six aircraft, for which Italy signed an agreement in 2009.

Italy’s new M-346 – designated T-346A by the air force – will be delivered alongside ground-based training systems and logistics support. 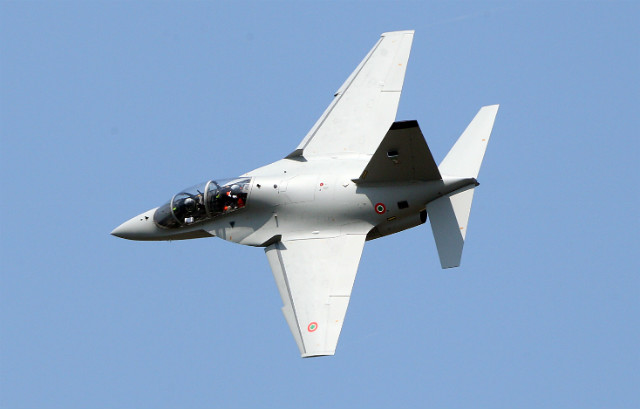 The T-346A is used for advanced pilot training, and will work as “the training pillar” for future Italian and international pilots at 61 Stormo at Lecce military air base, the home of the air force’s flight school.

Alenia says that 59 of the type have been ordered to date, with Israel, Poland, and Singapore among its users, while the United Arab Emirates also selected the aircraft but has not yet advanced to an order.