AgustaWestland delivered the Italian army's first two of at least 16 ICH-47F Chinook transport helicopters on 2 October, during a ceremony held at its Vergiate plant near Varese.

“The latest generation Chinook offers a quantum leap in terms of range, protection, safety, combat and overall performance capabilities, thanks also to a tailored digital mission suite, compared with the current fleet of modernised CH-47Cs, which has been the workhorse of Italian army aviation for more than four decades," says the service's chief of staff Gen Claudio Graziano.The service's current Chinooks have flown 5,600h in the extreme conditions of Afghanistan, he adds.

The first ICH-47F left AgustaWestland's facility with the army's first qualified crew immediately after the ceremony to reach Viterbo; the home of the 1st Regiment “Antares”, which already operates 17 CH-47C+ helicopters. The second aircraft will follow around mid-October, with two more to be transferred before the end of the year. Initial operating capability with the new variant is expected to be declared in around 12 months. 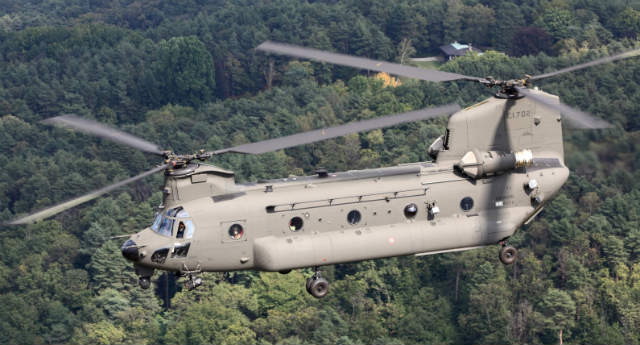 “The start of deliveries sets a major milestone in the strategic partnership between the company and the service, which will continue with the support of the fleet and the client for many years to come,” says AgustaWestland chief executive Daniele Romiti. “ICH-47F deliveries will follow at four units per year until 2017.”

A self-protection package features Elettronica radar warning receivers, an Airbus Defence & Space missile warning system, Selex ES laser warning systems and MES-supplied chaff and flare dispensers. An armed fit will come later, including single-barrel or minigun 7.62mm machine guns at the lateral doors and a 12.7mm gun on the rear ramp. Ballistic protection and engine infrared suppressors are also in the pipeline, but have not been ordered yet. 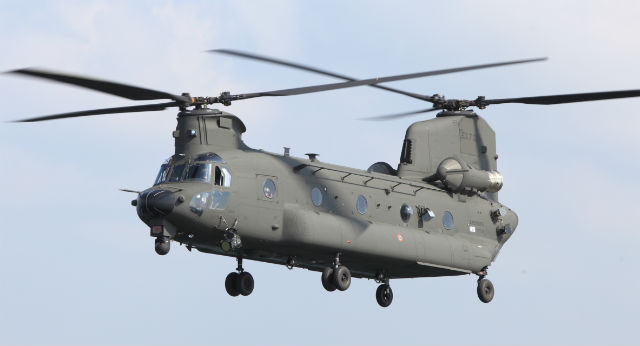 Under a joint industrial agreement with Boeing, AgustaWestland is prime contractor for the Italian ICH-47F programme, which was launched in 2008 and also contains an initial five-year logistics support service package. In addition to being responsible for systems integration, final assembly and aircraft delivery, with fuselages coming from Boeing, the European company is also being qualified to produce the entire drive system as a second source for worldwide customers. It also has a licencing agreement with Boeing to market, sell and produce the new Chinook variant to at least some Mediterranean countries.

Italy's order also includes an extended option for an additional four ICH-47Fs, which would be equipped for special operations support tasks.