Japanese safety investigators have determined an All Nippon Airways 787 lithium-ion main battery malfunctioned after being over-charged, forcing the widebody to make an emergency landing on 16 January and triggering a global grounding of the fleet still in effect.

The 32V battery overheated and sprayed burning electrolytes in a compartment beneath the cockpit because it received a charge exceeding its design limit, Japan aviation safety agency investigator Hideo Kosugi told reporters in a press conference near the damaged aircraft still parked at Takamatsu airport. 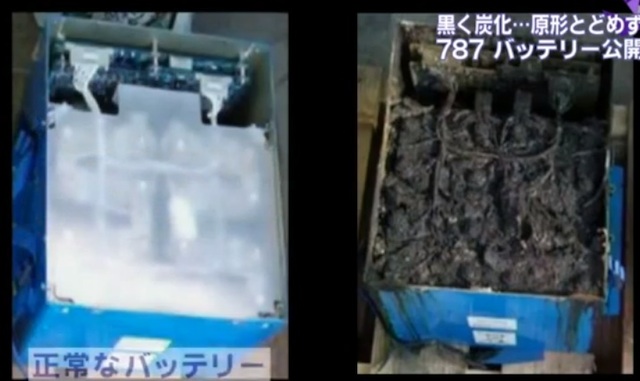 The Japanese agency displayed images of the damaged battery box, revealing a charred interior weighing about 4kg (8.82lb) less than an undamaged unit. Photos at the scene also showed exhaust marks blackening the side of the 787 from a vent hole the battery compartment. 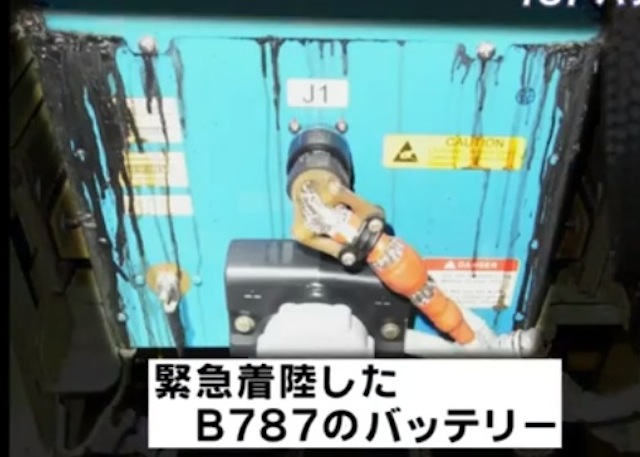 The finding raised hopes that Boeing would soon identify the root cause and start working on implementing a solution that could allow the global fleet to return to flight within days.

Ray LaHood, US Secretary of Transportation, declined, however, to make any promises when speaking to reporters. "This is complicated because we want to make sure we get it right," he says. "The flying public expects us to get it right. It's going to take a bit of time."

In the most optimistic scenario, Boeing would find that the ANA malfunction over Japan and the Japan Airlines battery explosion and fire in Boston on 7 January were both caused by manufacturing errors. More problematic would be a design error that would require a redesign effort and re-certification.

Jim McNerney, chief executive of Boeing, repeated in a letter to employees late on 18 January that he stands by the integrity of the aircraft.

"In short, in the days ahead, we will take the steps necessary to assure our customers and their passengers of the 787's safety and to return the airplanes to service," he says.

Airlines have responded to the grounding crises with mixed reactions. Poland's LOT and Air India have both issued calls to receive compensation from Boeing. United Airlines, meanwhile, said the 787 grounding can be easily managed within the carrier's fleet of 700 aircraft.

The over-charging problem will have to be addressed by the Thales Group-selected team supplying the 787's electrical power conversion system, which includes GS Yuasa providing the lithium ion batteries and Meggitt subsidiary Securaplane offering the battery charger unit - a device also designed to control the voltage running to the battery. Thales is the supplier of the overall system, but the task of integration is performed by Boeing.