The Japanese government intends to buy four Northrop Grumman E-2D Advanced Hawkeye aircraft rather than one, a US military agency says.

The Defense Security Cooperation Agency (DSCA) notified Congress on 1 June that the State Department has approved a sale of four E-2Ds after receiving a request from the Japanese government.

Approval for the request follows the release of a Japanese budget document last January that included funding to buy a single E-2D. 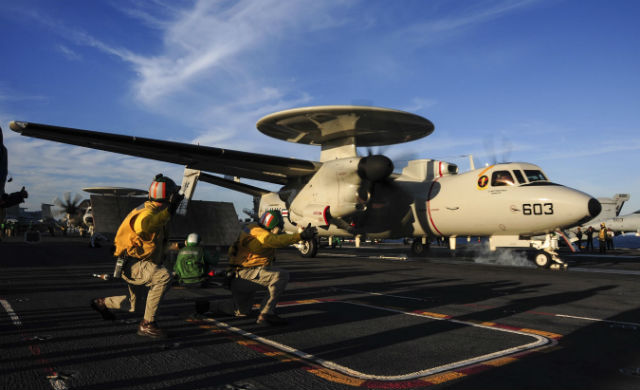 The E-2D introduces a rotating, UHF-band, Lockheed Martin APY-9 radar designed to track objects as small as cruise missiles against the background clutter of a coastal environment.

The DSCA estimates the overall cost of the Japanese acquisition is $1.7 billion, but that includes spare parts and long-term support. According to figures in the US Navy’s latest budget submittal to Congress, the unit recurring flyaway cost for one E-2D is $158 million.