The extension, dubbed T5i, is equipped with six international gates and immigrations and customs facilities. This will allow JetBlue passengers arriving on international flights and connecting to domestic flights to arrive and depart from the same terminal.

Currently, JetBlue customers on international flights arrive at terminal four and go to terminal five to transfer to a domestic departure.

“We lose one aircraft worth of flying time everyday, towing aircraft between T4 and T5,” says JetBlue president Robin Hayes. “Now we wouldn’t have to do that towing. That’s a $50 million asset we have enabled to fly for our network to generate additional revenue.” 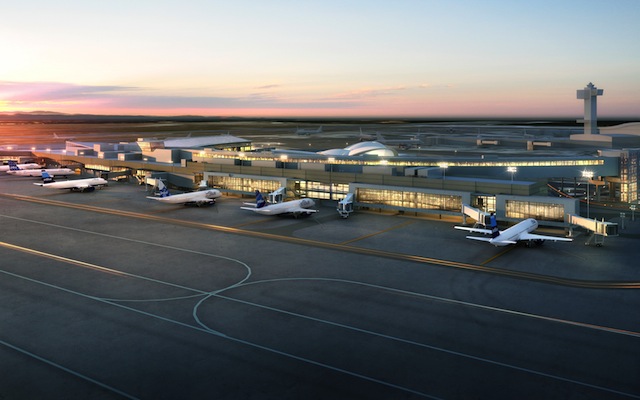 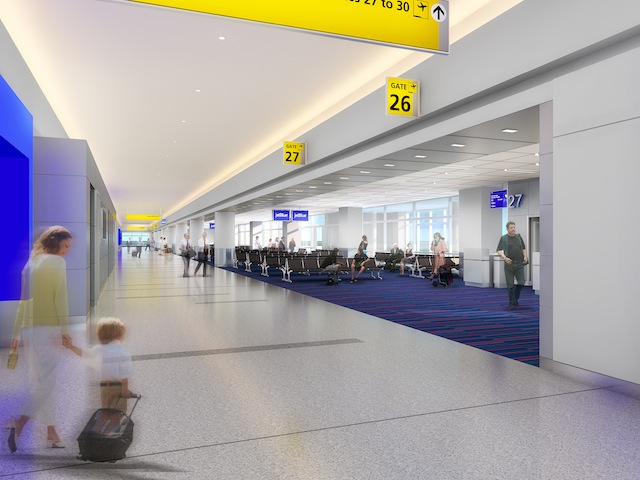 The facility will handle JetBlue’s up to 39 daily international arrivals into John F Kennedy, which excludes destinations with US customs pre-clearance facilities.

T5i’s gates will also be able to handle larger aircraft, says Hayes. JetBlue has said previously it could consider adding widebodies to its fleet in the future.

Hayes tells Flightglobal that ordering larger aircraft is unlikely to happen in the next few years, but the airline has ensured that T5i will be able to accommodate widebodies. “When you build a facility like this, you do have to build with a 10 to 20 year horizon in mind. In a 10, 15 year window, do I see bigger aircraft? Yes there’s a strong possibility.”

T5i will be able to handle up to 1,400 passengers per hour. In the spring of 2015, JetBlue plans to unveil additional amenities at the extension, including an outdoor park and dog walk area.