F-35 programme chief Lt Gen Christopher Bogdan says the cost of each Lightning II would increase 0.7% to 1%, or about $1 million per copy, if Canada cancels its order.

Canada had planned to purchase 65 conventional variants, but the incoming government says it won’t buy the Lockheed Martin F-35, and instead will find a less-costly CF-18 replacement.

Buyers paid $96 million per A-model jet in the current eighth low-rate initial production lot and the Pentagon is demanding that cost come down to about $80 million by the end of the decade. However, the potential loss of 65 orders means fixed costs will be spread among fewer orders.

Bogdan told lawmakers at congressional hearing in Washington on 21 October that Canada’s share of future modernisation and sustainment costs is 2.1%, and those costs would need to be spread among the other programme partners if the nation exits the programme.

“If any partner takes aircraft out, the cost will go up for everybody else,” he says.

The general says the new liberal government hasn’t given any notification of its intention to leave the programme since being voted in on Monday. 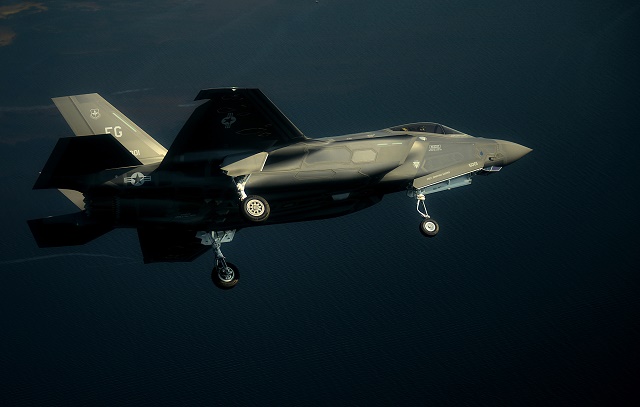 If the Liberals do follow through with their election commitment, local suppliers will come under increased pressure from competitors form nations that are buying F-35s.

Bogdan says he thinks industry and the programme partners will likely meet to discuss the issue, but the joint programme office has “zero influence” on where parts are made.

The DOD does require prime contractors to show they are delivering best value, he says, but it is up to the main contractors Lockheed and propulsion system supplier Pratt & Whitney who makes those parts.

“I want the best value,” he told reporters after the hearing. “I don’t care where the parts are made, quite frankly.”