Kongsberg has carried out an airborne launch test of the Lockheed Martin F-35’s future Joint Strike Missile in the lead up to the 2017 qualification target for the weapon.

During the October test the missile was launched at 22,000ft over the Utah Test and Training Range from an Edwards AFB, California-based Lockheed Martin F-16, the aircraft that the Royal Norwegian Air Force F-35As will be replacing.

The medium-range anti-ship and land-attack JSM is being developed with Raytheon and the Norwegian ministry of defence. It can fit inside the weapons bay of the conventional take-off and landing F-35A, but can also be adapted to other aircraft; in November 2013 Kongsberg completed a fit check on a Boeing F/A-18F Super Hornet’s hardpoints.

In July 2014 the Norwegian Defence Logistics Organisation awarded Kongsberg a NKr1.1 billion ($177 million) Phase III contract to complete the development and integration of JSM on the F-35, ready for the introduction of the first Norwegian F-35 in 2017.

The missile flight-test programme began earlier in 2015, and the success of this test, plus previous captive carry tests on an F-35, are all contributing towards Kongsberg meeting this target, it says.

“This is a major accomplishment for the JSM programme, and in addition several critical capabilities beyond the scope of the test were verified,” Harald Ånnestad, president of Kongsberg Defence Systems, said. “The test demonstrates that we are on track with the qualification of JSM, which brings critical capability to F-35 and the warfighter.” 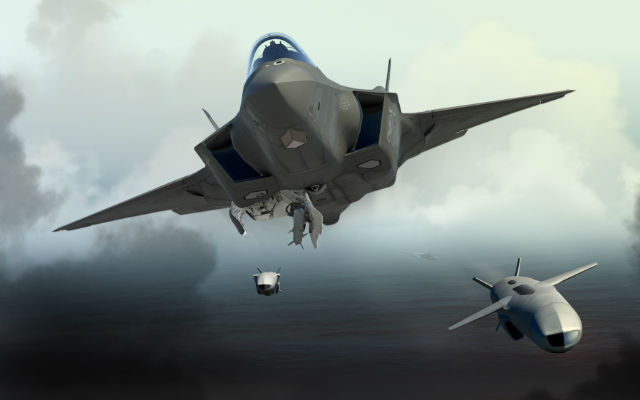 Oslo reaffirmed its commitment to the purchase of 52 F-35As during a budget proposal for 2016 that was released in October that would see a near-doubling of funding for the Lockheed Martin F-35, plus an authorisation request for six more to be delivered in 2020. The Norwegian parliament had already authorised the procurement of 22 of the 52 F-35s that Norway plans to procure, covering deliveries up to and including 2019.