The first Boeing KC-46A configured as an aerial refueling tanker will likely miss its planned April first flight because of issues with integration of military-specific components and systems, service officials say.

Engineering and manufacturing development (EMD) aircraft number one flew for the first time in late 2014, but was not equipped with systems required to test the aircraft’s refueling capability. EMD-2, the first fully outfitted KC-46A, was scheduled to take flight in April.

Air Force Secretary Deborah Lee James, told a US Senate panel on 18 March that the first aircraft configured as a tanker, would miss that date because internal Boeing production targets were not met.

“We had a successful first flight of the green aircraft,” James said of EMD-1. “However there have been testing and integration challenges” with the first KC-46 configured as a tanker. While Boeing generally continues to meet contractual obligations, internal production and developmental targets have slipped, James said.

“The April timeframe is likely to slip for the first tanker flight. The timeframe we’re looking at is more likely later on in the summer,” she says.

Brig Gen Duke Richardson, USAF program executive officer for tankers, confirmed that schedule on 17 March, saying that the service is planning for EMD-2 to fly before the end of June, according to published reports.

Boeing spokesman Chick Ramey says there is no contractual deadline for first flight of the KC-46A. However, the company is obligated to deliver 18 operational KC-46s by August 2017, a deadline called required assets available (RAA).

“We’ve got that internal schedule that we have to deliver those 18 airplanes by August 2017 and we are confortable that we will make that,” Ramey says.

“Our team is working really hard to get the plane ready to fly and get it into flight test,” he says. “This is a large scale development programme and it’s very common to experience challenges during the early development phases. Ultimately what you want to do is find issues before you get to flight testing.

“The first tanker will fly when it’s ready to fly.” 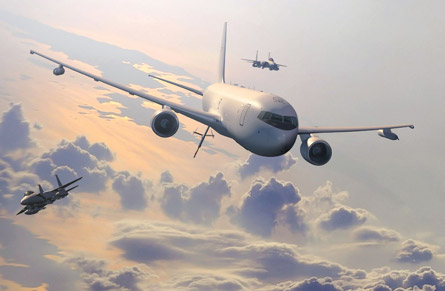 As James mentioned during the hearing, Boeing also must pay any and all future cost overruns the programme encounters. The company already has announced a $270 million forward loss caused by wiring issues found in 2014 that delayed the delivery of the first test aircraft.

Although the KC-46 programme is under a $4.4 billion fixed-price incentive development contract, it limits the government's liability for costs over $4.9 billion.

The tanker's estimated development costs are currently around $900 million higher than the February 2011 contract award value, but the USAF is liable for only about $500 million of this total.

Ramey says just as the wiring issues encountered on EMD-1 informed wiring of the rest of production aircraft on the Seattle line, fixes to integration challenges with the first tanker-configured KC-46 would be applied to future airframes.

“There are lessons learned from EMD-1 to EMD-2, but then it’s the first tanker aircraft and we’re dealing with different things when you’re focused on military requirements,” Ramey says.

Once it flies, EMD-2 will be outfitted with internal fuel tanks and refueling boom to allow for almost immediate engagement in aerial refueling test flights over Puget Sound, Ramey says.