L-39NG moves to next phase of testing

Aero Vodochody has completed the first phase of testing for its new L-39NG trainer and will now move to the development of a new-build aircraft in order to complete certification.

After revealing its single retrofitted NG prototype in a camouflage livery to media and operators at its Odolena Voda site in the Czech Republic on 15 September, the company says it is now developing a brand new L-39NG airframe that will begin flight testing by the middle of 2017. Certification is scheduled for the following year, it says.

While the current prototype performed its maiden sortie in September 2015, this is the first time it has been officially presented to all of the current L-39 operators, a list of nations which includes Bangladesh, the Czech Republic, Estonia, Mozambique, Nigeria, Slovakia, Thailand and Uganda.

Building on its legacy L-39 aircraft – 2,957 of which were delivered between 1968 and 1997 – the NG’s new Williams International FJ44-4M engine and Genesys Aerosystems avionics suite will push Aero Vodochody firmly back into the jet trainer market, it says.

Development of the NG was co-funded by Omnipol, a former state-owned agency that was responsible for selling the L-39 at the peak of its success.

While there is no firm launch customer for the new design, Aero Vodochody says it is in discussions with a number of potential buyers, including operators of the current L-39, and envisages eventual production of 15 aircraft a year, with deliveries to start in 2019-20. 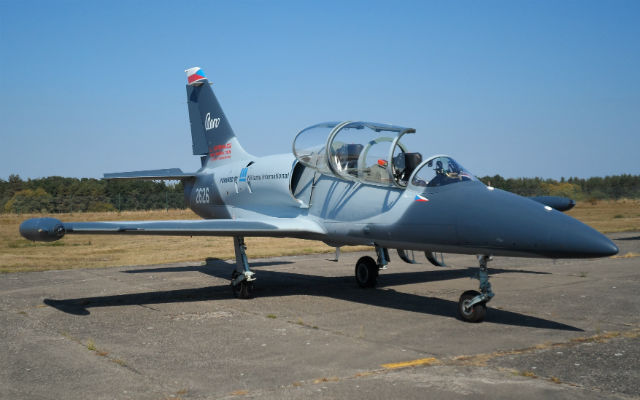 It is also offering a retrofit to older airframes – similar to the modifications performed on the flying prototype – which would add the Genesys avionics suite and Williams engine to older examples. The equipment could then be added to a new airframe, once the current structure reaches the end of its life.

Aero Vodochody believes that this “step-by-step” approach will make the upgrade option more appealing; it expects operators with larger fleets to opt for a mix of retrofit and new airframes.

It also points out that the Williams engine is a commercial, not military, powerplant and is therefore free of any ITAR export restrictions.

Meanwhile, the company is in the process of delivering overhauled L-59 trainers to Tunisia, which still retains nine of a once 12-strong fleet. Of these, six were overhauled last year, and two more are expected to be completed in 2016.

By Aero Vodochody’s own admission, the L-59 programme was not as successful as the L-39 – only 60 were delivered and the overhaul of Tunisia’s fleet is likely to be the last.