Prototype vehicle six (PV-6) is the final prototype before commencement of series production, and bears “all the major design modifications undertaken during the last 2,500-plus flights in the programme,” says the Aeronautical Development Agency (ADA).

The 35min sortie, with the aim of checking the design's twin cockpit functionality, was completed as planned. PV-6 is powered by a General Electric F404-IN20 afterburning engine, which will be common to all series production Tejas Mk1 single-seat fighters and twin-seat trainers for the Indian air force, as well as trainers for its navy. 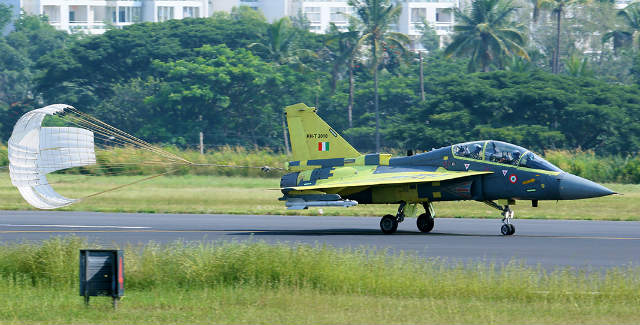 Tejas Mk1 trainers will also have the capability to carry a wide range of air-to-air and air-to-ground ordnance, the ADA notes.

The lead air force trainer, PV-5, was first flown in 2009, with an initial operational clearance goal of December 2011. Seventeen Tejas aircraft have been flown since 2001, with the fleet having accumulated almost 2,800 flights to date.