With some sources suggesting that Poland could launch its “Harpia” fighter tender within the next few weeks, Italian airframer Leonardo is stepping up its promotion of the Eurofighter Typhoon.

“We are offering Poland industrial co-operation, manufacturing packages and developmental programmes,” says Andrea Nappi, Leonardo’s vice-president, Eurofighter export. A selection by Warsaw would lead to the delivery of aircraft assembled at the company’s Caselle site near Turin, he says, although the customer could also choose to take Typhoons completed in Germany, Spain or the UK.

Nappi says Leonardo is “open to negotiations with Poland relating to the integration of weapons used by the Polish air force”. This would involve the Eurofighter consortium clearing the type to operate with Lockheed Martin’s AGM-158 JASSM air-to-surface cruise missile, which is also being offered with the Typhoon for Finland’s HX fighter competition.

Leonardo officials stress that the contents of an offer “depend on the decision of the Polish government”, but that the Eurofighter consortium will be able to meet the terms of its so-called “Polonisation” requirements, via technology transfer and supporting Warsaw’s welfare agenda. 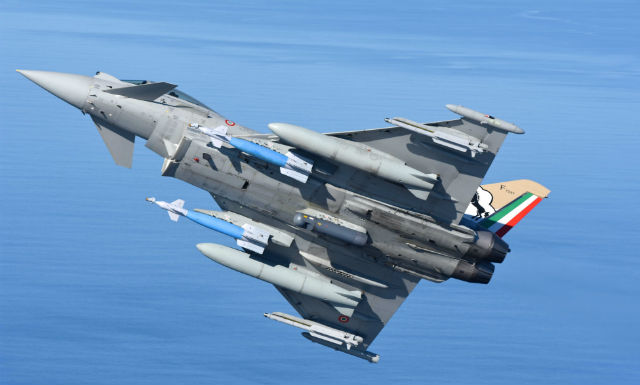 "We emphasise cooperation and development, simultaneously assuring the customer’s autonomy to operate, plus support and training in-country,” Nappi says. “We are looking for Polish enterprises – not only large, but also small – ready and able to cooperate.”