Iran Air’s US-based attorney, Thomas Whalen from the aviation law practice of Washington firm Eckert Seamans Cherin and Mellott, argues that sanctions in international aviation are detrimental to all involved 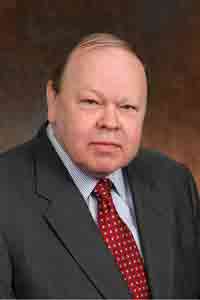 The USA continues to impose sanctions on Iranian carriers that are detrimental to airline safety and violate the Chicago Convention.
The economic sanctions the USA has imposed against Iran for the last 25- plus years not only block trade but also prevent carriers in Iran from obtaining US-made aircraft as well as engines and parts which are needed to maintain the safety of their fleets. The sanctions are detrimental to aviation safety and are endangering the lives of passengers travelling on Iran Air, other Iranian carriers and foreign airlines which operate to Iran. As a result, these sanctions violate the commitment to airline safety made by the USA, Iran and most nations of the world in 1944 when the Chicago Convention was forged.
The sanctions imposed against Iran, as well as those imposed on Cuba and Sudan, violate the Chicago Convention on two counts. Firstly, these sanctions were and continue to be imposed by the USA for foreign policy reasons. Civil air transport is being used for a purpose inconsistent with the aims of the convention contrary to Article 4.
Secondly, and most importantly, this embargo has undermined safety in international air transport, the principal objective of the convention.

Instrument of policy
The USA, UK and Canada proposed to the Chicago Conference that parties to the convention should agree to reject the use of civil air transport as an instrument of national policy in their international relations. That joint proposal was incorporated in substance in Article 4 of the convention. The USA and the other contracting states committed themselves to the promotion, advancement and achievement of the highest standard of airline safety possible.
Under the convention, which has now governed international aviation for over 60 years, ICAO was created to carry out the convention’s objectives. To assess the effect of the US sanctions on aviation safety, ICAO sent a fact-finding mission to Iran in April 2005. ICAO found that because of the sanctions, Iranian carriers could not obtain equipment with substantial US origin content or replacement parts of US-origin to maintain their fleets, resulting in reduced flight safety.
As is well known, US firms are among the leaders of the world in the manufacture of aircraft technology, engines and aircraft parts. Even foreign-made aircraft such as Airbus and Embraer have more than 25% US content. Non-US airlines and other firms also cannot “re-export” used equipment and parts of US-origin that had been exported from the USA years before. The US-imposed embargo is controlling, extraterritorially, the resale of US-made products by non-US firms outside the USA.
ICAO also determined that radar stations at Tehran and Shiraz, the two largest airports in Iran, could not be operated safely without new spare parts, most of which are manufactured by US firm Raytheon. As a result, the flights of Iranian carriers and the 23 other international airlines serving Iran are placed at risk. ICAO’s fact-finding mission reported: “The present condition of the radars represents a substantial threat for the operations of these two largest airports in the country.”
ICAO found that US manufacturers cannot provide upgraded technical support to their Iranian customers, including help in meeting service bulletins and providing kits for modifications such as cockpit doors on Boeing aircraft to thwart terrorists.
Safety threat
ICAO concluded: “Any continuation of severe sanctions must be construed to be very detrimental to aviation safety, and immediate action must be taken to avoid a regrettable occurrence. Whatever the justification of economic sanctions, there must be safeguards to protect the minimum level of safety.”
Several years ago, a US company, in a transaction I handled, sought a licence to sell to Iran Air a traffic alert and collision avoidance system (TCAS) for the carrier’s Fokker fleet. TCAS is an anti-collision device considered so important to safety by the USA that all US-registered commercial aircraft are required to be outfitted with such systems. The US government denied our request for an export licence and barred the US manufacturer from selling this system to Iran Air.
When they promised that civil air transport should not be used as an instrument of foreign policy, the contracting parties to the Chicago Convention regarded aviation safety as paramount and above politics, like humanitarian aid. Despite the political differences existing between the USA and Iran on other issues, the safety
and security of airline passengers anywhere in the world should never be compromised. In line with the
USA’s commitments to aviation safety, basic human rights and its treaty obligations, the US government should lift these aviation sanctions against Iran immediately. ■