The Multi-Utility Technology Testbed (MUTT) crashed at approximately 9.30am local time on 19 November at the Edwards AFB range.

The crashed X-56A, nicknamed "Fido", and its twin called Buckeye are part of an Air Force Research Laboratory-sponsored programme aimed at developing new technologies for in-flight flutter and gust load suppression. The goal is enable new wing designs with 30% to 40% less drag.

“Initial estimates report severe damage to the vehicle,” the air force says in a statement. “The aircraft previously made 16 successful flights spending approximately 6h in the air.” 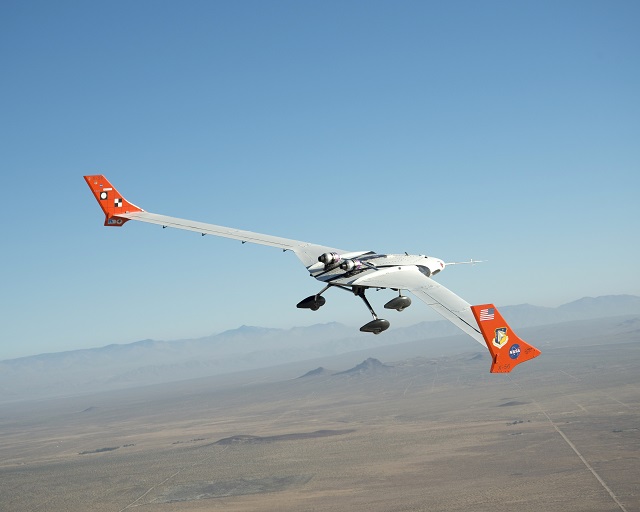 Fido crashed shortly after takeoff of a flight test dedicated checking out a non-rigid wing.

“It was the first flight with the flexible wings, designed to explore the lower speed portion of the flight envelope,” the AFRL spokesman tells Flightglobal. “This was an initial check-out flight.”

AFRL purchased two X-56A “centre bodies” or testbed aircraft plus two sets of stiff wing sets and three flexible wings sets from Lockheed Martin for the test programme. The laboratory says it will continue on with its research using the second centre body and remaining two flexible wing sets.

An accident investigation team has been established to “identify lessons learned and determine how to move forward” and it is unlikely the 218kg (480lb) X-56A or its wings will be restored.

According to Lockheed, the twin JetCat P400 turbojet-powered UAV comes with an inbuilt “ballistic recovery parachute system” that is meant to save the centre body if its wings fail during flutter testing. Whether that parachute was meant to have deployed in this instance remains to be seen.

Fido first flew in July 2013 and the second aircraft joined the test campaign in April at the NASA Armstrong Flight Research Centre at Edwards AFB, where the experiments are being hosted.

Overcoming the often violent effects of flutter on aeroelastic wings is seen as a critical enabler for new wings designs for more efficient future transport and surveillance aircraft. The technologies being tested have broad applications for military and commercial aviation. 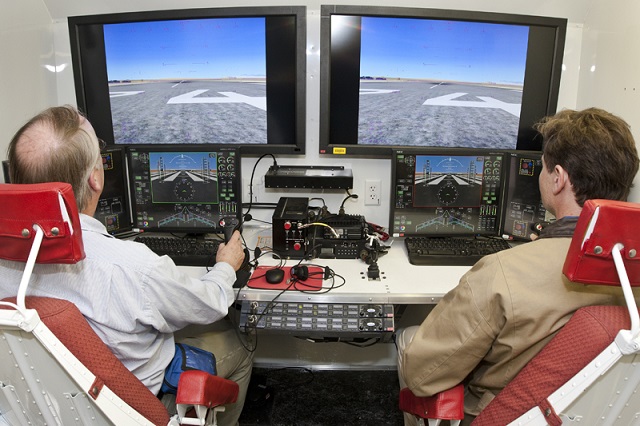 A view from the X-56A's ground control station.