Lockheed Martin has capped off 2015 with contracts for 43 C-130J cargo aircraft of various shapes and breeds for the US government, including C-130J-30 stretch-models and KC-130J tactical refuellers destined for the Marine Corps.

Of the two contracts announced 30 December, one concludes negotiations for the $5.3 billion multiyear II contract that has been under discussion for almost two years, with money down now for the first 32 of 78 total aircraft.

That $1 billion order includes 13 C-130J-30 Super Hercules, and five HC-130J Combat King IIs used by the air force for personnel recovery and training. A further 11 multimission MC-130J Commando IIs are being procured for special operations and conversion into AC-130J “Ghostrider” gunships. Two more are KC-130J refuellers, and one HC-130J is being purchased for US Coast Guard operations.

Those aircraft will deliver through 2020, according to the notice, while additional orders funded in fiscal years 2016 and beyond can be placed later, fulfilling the 78-unit deal. Lockheed says the overall contract will deliver 30 MC-130Js, 13 HC-130Js and 29 C-130J-30s and six KC-130Js to the services, continuing the long-running replacement of older types.

“This multiyear contract provides true value to our US operators as they recapitalise and expand their much-relied-upon Hercules aircraft, which has the distinction of being the world’s largest and most tasked C-130 fleet,” says George Shultz, VP and general manager of Lockheed’s air mobility and maritime missions division.

In another award disclosed 30 December, the government finalised arrangements for 11 unplanned aircraft that were funded by Congress in the 2013 and 2014 defence budgets. Separate from the multiyear deal, the $62 million award completes funding for three HC-130Js, two MC-130Js, three KC-130Js, two Coast Guard HC-130Js and one C-130J-30. Those aircraft will deliver through 2018.

Approximately 16 to 17 aircraft per year will now be delivered to the US government, and international orders combine for an annual production rate of 24 in Marietta. Aircraft are being delivered to India, Iraq, Israel, Kuwait, Oman, South Korea and Tunisia, and France also plans to buy standard C-130Js as well refuelling types. 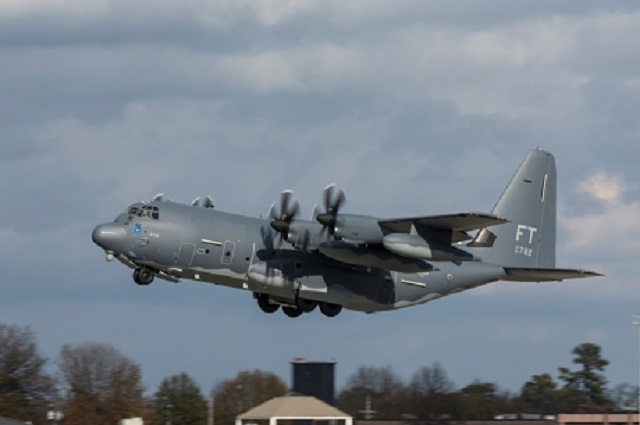 Looking forward, Lockheed will be seeking opportunities in 2016 to launch its latest C-130 variant, the prospective SC-130J “Sea Herc” maritime patrol aircraft, which was being pitched to the British military until the government opted for the Boeing P-8A Poseidon.