Construction of first the commercial derivative of the Lockheed Martin C-130 Hercules in 24 years has begun in Marietta, Georgia, where fabricators are now assembling the first LM-100J wing.

The legacy Lockheed L-100, based on the C-130E, was type certified and delivered in 1965 and production continued until 1992. Just 115 of those commercial derivatives were delivered alongside C-130 models in Marietta for the Pentagon and dozens of foreign military customers.

This week, Lockheed announced that LM-100J wing assembly has begun, and meanwhile panels are coming in from Clarksburg in West Virginia and the floor structure is being prepped in Meridian, Mississippi.

“Watching the LM-100J move from concept to reality is monumental for everyone involved, including our team members, industry and our customers,” says George Shultz, vice-president and general manager of Lockheed’s air mobility and maritime missions division.

The C-130J first flew in April 1996 and is operated by 16 nations, with France and Saudi Arabia being the type's latest customers.

Lockheed announced the LM-100J (Model 382J) programme in February 2014 and signed up ASL Aviation as the launch customer by July.

The company isn’t predicting large sales volumes, but instead numbers closer to the L-100, of which 115 units were produced. 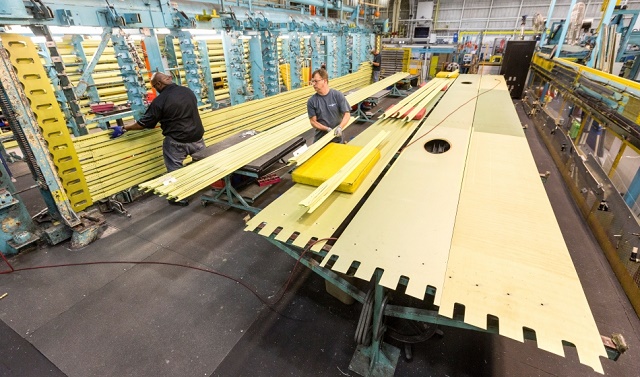 “We’re projecting the potential market for the [LM-100J] aircraft to be in the 75-100 range,” Ray Fajay, Lockheed’s vice-president of air mobility business development, said in a March interview. “We see an accessible market of somewhere in the 300-plus aircraft range.”

Fajay says it’s important that current and potential customers see the aircraft enter assembly, in preparation for the first flight next year and start of a 12-month certification effort.

“It’s one thing to talk about launching a programme and doing all that activity, but when you start seeing parts and the aircraft coming together, it’s significant and exciting and demonstrates the commitment that Lockheed has for the aircraft and commercial market.” 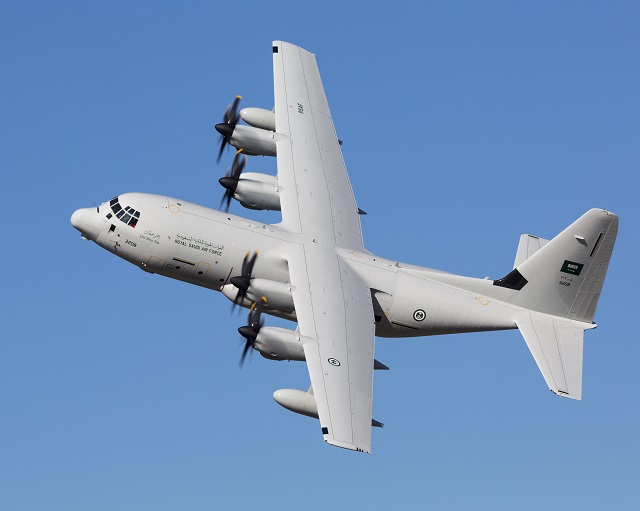 On the defence side, Lockheed announced last month that it has delivered the first two KC-130J Super Hercules aerial tankers to the Royal Saudi Air Force. The US government approved the sale of as many as 25 C-130J-based types to the Arab state in 2013, but there hasn’t been any confirmation of follow-on agreements for the remaining 23 options.

France has also signed a letter of intent (LOI) with the US government for four examples, including two J-models as a supplement to its heavier Airbus A400M fleet for cargo and troop transport, and two KC-130s to refuel helicopters, primarily. “We’re excited and we’re on the front end of welcoming them into the C-130J family,” says Fajay.