With the US Air Force's U-2S fleet facing a threatened early retirement in the Department of Defense's fiscal year 2015 budget request, a previously reticent Lockheed Martin has finally gone on the defensive to save one of its landmark programmes from replacement by the Northrop Grumman RQ-4 Block 30 Global Hawk.

Melani Austin, Lockheed’s U-2 programme director, says the U-2S is the only high-altitude intelligence, surveillance and reconnaissance (ISR) aircraft that can perform the mission based on the USAF’s requirements. That sweeping statement appears to set the U-2S apart not only from the Global Hawk, but also from a classified ISR system disclosed in testimony last year by air force officials before Congress.

Speaking to Flightglobal at the company's Skunk Works unit in Palmdale, California, Austin acknowledged that the company’s campaign to save the U-2S may be hampered slightly by the programme’s legendary status. 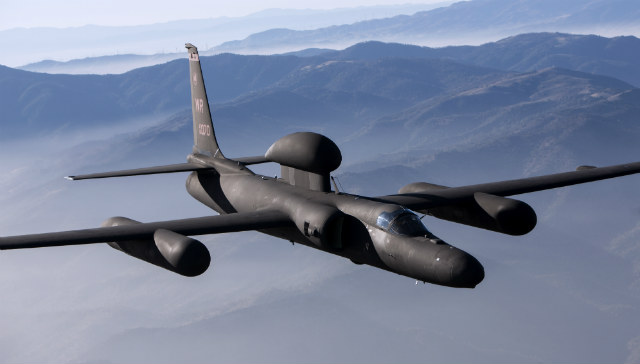 Although the fleet is often confused, the 32 active U-2S "Senior Year" aircraft and TU-2S trainers operated by the USAF today bear little resemblance to the original reconnaissance fleet delivered to the US Central Intelligence Agency in the late 1950s.

Some 40% larger, all members of the current U-2 fleet were delivered between 1982 and 1989, and were subsequently upgraded with a new engine: the General Electric F118-101.

Austin also reveals that up to 10 aircraft in the U-2S fleet were upgraded in 2013 with a new communications gateway payload developed by L-3 Communications. Such a payload allows the type to operate as a flying network administrator, connecting otherwise incompatible radio waveforms.

Whether Lockheed’s now public support will make a difference for the U-2S fleet is difficult to tell. The Global Hawk is an active production line, with the US Navy's MQ-4C Triton following behind. Saving the manned type from retirement will not create more assembly line jobs, Austin acknowledges.

Join the debate about the U-2 fleet by commenting on our The DEW Line blog.