Lockheed Martin is assembling a prototype of its "advanced" electro-optical targeting system (EOTS) that is proposed to replace the baseline version on the F-35 fleet.

The company will complete design and construction of the next evolution of the air-to-air and air-to-ground targeting device this year for carriage on a surrogate Sabreliner test aircraft.

Separately, Lockheed will fly the Legion infrared search-and-track (IRST) pod on a Boeing F-15C in the coming months as the US Air Force looks to fill a long-standing "capability gap” related to passive infrared detection of airborne threats.

Using the same IRST21 infrared receiver that is currently in low-rate initial production for the US Navy's F/A-18E/F Super Hornet fleet, the Legion pod has already been carried on an F-16, and will go up against Northrop Grumman’s OpenPod IRST system in a future competition. 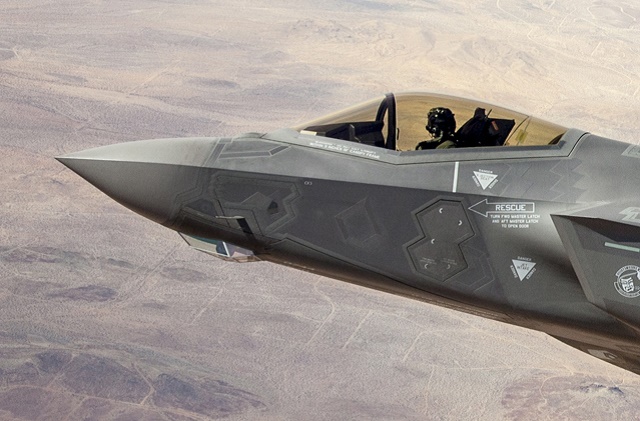 Lockheed recently delivered the 200th EOTS sensor, which has been outpaced technologically by Lockheed’s Sniper and Northrop Grumman/Rafael’s Litening targeting pod systems because of delays in fielding, and consequently improving, the F-35. The baseline EOTS hasn't been used in combat yet and is already outdated.

Lockheed’s fire control business has low-rate production contracts for 367 F-35 targeting systems, and is producing them at a rate of six per month, company officials say. Current F-35 plans call for more than 3,000 EOTS sensors through 2030 and production should scale up to one EOTS per business day by 2020.

Bolling told reporters following an EOTS factory tour in Orlando, Florida on 24 February that the next iteration will be cut into the same production line, if chosen by F-35 customers. Advanced EOTS promises better performance “than any pod currently [fielded] or currently envisioned”, he claims.

“By the end of the year, we’ll have a prototype system completed and then hopefully, in the new year, we’ll have identified a path to fly it on a surrogate platform and be able to show that high-fidelity imagery,” Bolling says. 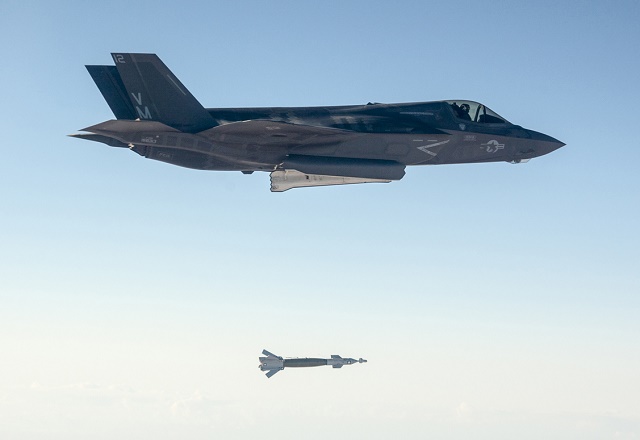 Lockheed announced the new targeting sensor in 2015 and hopes the sensor upgrade will be included on a list of new capabilities being considered by the F-35 Joint Programme Office for the Block 4 project, which starts in 2019.

The government might compete any EOTS improvement, but Lockheed thinks any competitor "would have a significantly difficult time and would be risked-up". On Legion Pod, Lockheed expects the air force to announce an acquisition strategy in the coming months, pending a report to Congress on its IRST requirements that was due on 1 March.

The air force still hasn’t decided if it wants extra space, weight, power and cooling for radios in the 40cm (16in) pod for communication between various fighter types or to seek a dedicated IRST sensor pod.

“When the acquisition comes out, it will probably be just an IRST system but with volume in there for other payloads, whether that’s radios or other sensors,” says Bolling.

IRST is seen as complementary detection option to radar for finding and targeting airborne threats, since radar emissions can be detected and countered by electronic jamming. “This is out-of-band,” Bolling says of IRST. “They don’t see they’re being detected and tracked."