Lockheed Martin has received $431 million for special tooling and test equipment to support the ramp up of F-35 production over the coming years.

The hefty sum was awarded as a modification to the current Lot 8 production contract, and comes as Lockheed and the Pentagon negotiate the purchase of approximately 150 domestic and international aircraft in Lots 9 and 10.

The current contract bought 43 aircraft with deliveries starting in 2016, whereas Lot 9 buys 57 aircraft and Lot 10 would secure just shy of 100 fighters, of which about 40% will be for international customers.

Of this latest award, the US Defense Department will pick up 70% of the tab ($300 million) and the international partners and foreign military sales customers will contribute $75 million and $56 million respectively.

“These items include special tooling and special test equipment items that are critical to meeting current and future production rates,” the August 4 contract announcement says.

Production is expected to peak at upwards of 160 aircraft per year after 2018, according a Lockheed chart. 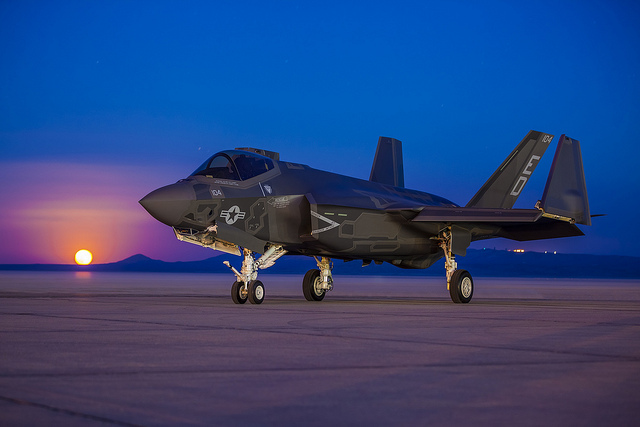