The colour-blind Boeing AH-64E gunship will receive an optical upgrade following the US Army and Qatar’s procurement of an initial batch of “modernised day sensor assemblies” from Lockheed Martin that “bring colour to the cockpit for the first time”.

The upgrade to the Lockheed-built “Arrowhead” sensor turret on the nose of the Apache gunship was flight tested in 2014. It provides colour imaging and a higher-resolution display to give operators a clearer picture of the battlespace at longer ranges and with a wider field of view.

The ceiling value of the modernised day sensor assembly (M-DSA) Phase 2, Lot 1 contract with the army and Qatar Emiri Air Force is not to exceed $130 million with $54.3 million obligated initially to 35 sensor upgrade kits, Lockheed discloses. The completion date is March 2019. 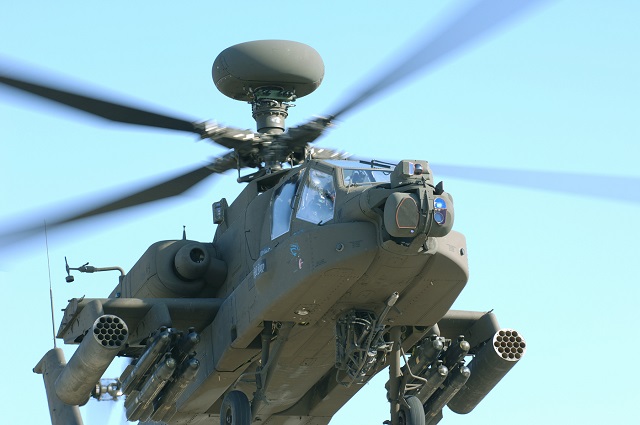 “With the Apache expected to be in service through 2045, we’re continuing to invest in sensor upgrades, such as the M-DSA, to ensure aircrews have the capabilities they need to address emerging threats.”

Lockheed has produced more than 1,350 Apache sensors through 2015. Flightglobal’s Fleets Analyzer database shows 1,116 AH-64s in service around the globe with Qatar operating 24.