Work to install additional systems on the first of the Israeli air force’s Lockheed Martin C-130J tactical transports began in mid-January at the manufacturer’s facility in Greenville, South Carolina.

Most of the new equipment has been developed in Israel, and is aimed at allowing the C-130J “Samson” to operate as an important asset of the Israeli defence forces’ Depth Command, tasked with performing long-range missions.

The first Israeli aircraft will remain in the USA for four months, with a second to be flown to Greenville following the lead example’s return. The Israeli air force’s third C-130J – delivered in 2015 – had the additional systems installed prior to its transfer. 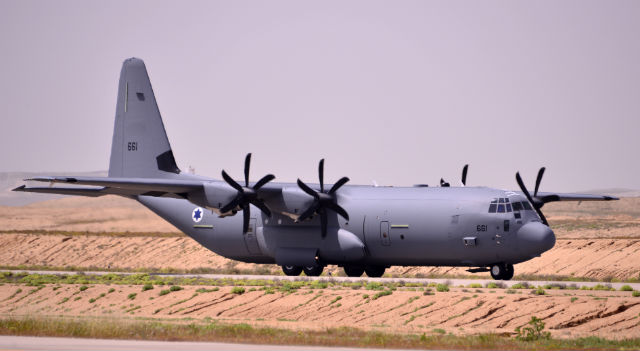 “The installations combine advanced Israeli systems, which will significantly improve its qualifications for the missions it is designated to execute”, the commander of the service's “Elephants” squadron – identified only as Lt Col Yoav – told the Israeli air force website.

Flightglobal’s Fleets Analyzer database records a fourth C-130J as being on order for the service, with letters of intent signed for another three, and options on two further examples.

The air force also expects to continue operating its earlier H-model Hercules until 2040, with these now being upgraded by the Bedek division of Israel Aerospace Industries. A first modernised example – which has a replacement centre wing box, new radar and glass cockpit avionics – was flown late last year.

“We are exploring the new systems installed in the aircraft, and know that they enable us to fly lower – even in adverse conditions – and to integrate better when the mission requires flying in international routes,” the commander of the C-130H-equipped “Yellow Bird” squadron told Flightglobal late last year.

New navigation systems installed as part of the programme will allow the unit to perform air drops of cargo and paratroopers “with unprecedented precision”, said the officer, identified as Lt Col A.