Russia could be working on a low-observable, F-35-hunting unmanned air vehicle that uses deeply-integrated electronic warfare systems to stay hidden from radars. The tip-off comes from electronic systems producer KRET, which has a curious UAV model on display at the MAKS air show in Moscow.

According to the company’s first deputy chief executive officer Vladimir Mikheev, this aircraft model is more than just a sleek promotional display – it is an advanced military UAV being developed by the United Aircraft Corporation (UAC).

Concern Radio-Electronic Technologies (KRET) is a subcontractor on the project, he says, providing the fundamental communications, radar, electronic warfare and self-protection systems, as well as the ground control station.

Speaking via a translator, Mikheev tells Flightglobal that the company is involved with two military UAV projects – one in development and one in the concept phase – but both ventures of UAC.

He declines to name the project and does not say which UAC design bureau is in charge, but confirms some of its key capabilities.

Mikheev says the UAV has been designed to detect stealth aircraft in the same vein as China’s ambitious “Divine Eagle” project, which he claims is based on technology “borrowed” from Russia and the USA.

Such aircraft aim to detect low-observable US combat aircraft using X-band and UHF radars, specifically the Lockheed Martin F-22 and F-35 and Northrop Grumman B-2. But airborne surveillance is just one of the UAV’s capabilities. 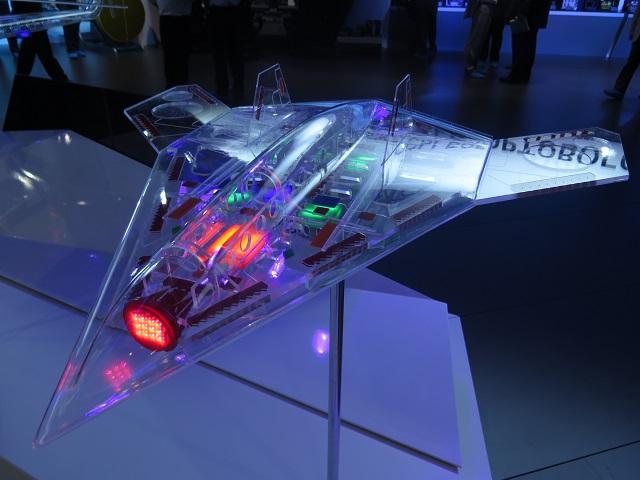 Mikheev says KRET is providing a deeply-integrated electronic warfare system that not only provides a protective electromagnetic sphere around the aircraft to counter air-to-air missiles, but also cloaks it from radars.

Mikheev says the UAV’s avionics, radar and electronic warfare systems are derived from those being produced for the Sukhoi Su-35 multirole fighter and the Kamov Ka-50 attack helicopter. KRET is also deeply involved in the Sukhoi T-50/PAK FA fighter project.

“Today we are talking about 15% to 20% annual growth in the direction of electronic warfare systems,” he says.

It remains to be seen whether this UAV project is just marketing or a mature development programme with similar goals to China’s Divine Eagle UAV. It would come as the stealthy F-35 enters serve as the West’s primary “first-day-of-war” combat jet. 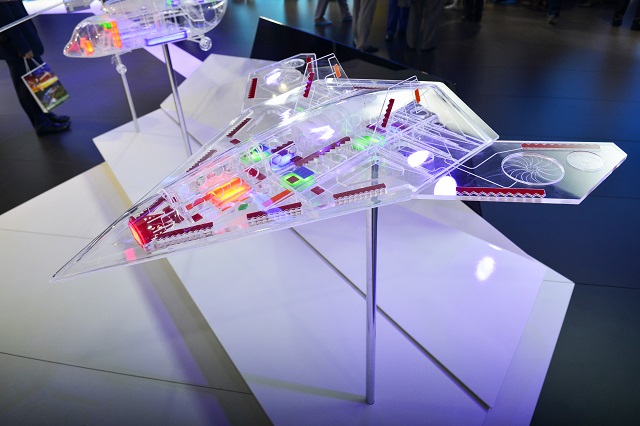