Boeing AND Lockheed Martin have selected Martin-Baker ejection seats for their Joint Strike Fighter (JSF) development proposals. The decision is a blow for proponents of the Russian Zvezda K-36 seat, which was offered by BFGoodrich. 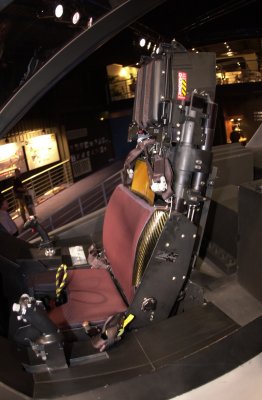 Both JSF teams will use variants of the Mk16 lightweight seat developed for the Eurofighter. To improve its chances in the JSF competition, Martin-Baker earlier this year opened its first US ejection seat manufacturing plant, in Johnstown, Pennsylvania.

BFGoodrich, which had offered a lightweight, Westernised version of the K-36, says it is "disappointed" with the decisions, but believes the seats for production JSFs will come out of the new Joint Ejection Seat Programme (JESP) currently being pursued in the USA.

BFGoodrich and Martin-Baker have been selected to pursue JESP, with seat qualification to begin next year, leading to sled tests in 2004-5. JESP has been created by the US Congress to ensure the existence of a viable US ejection seat supplier.

BFGoodrich plans to develop a fully Westernised version of the K-36 for JESP. Russian president Vladimir Putin recently authorised a joint-venture agreement with BFGoodrich subsidiary IBP, clearing the way for development of the Westernised seat.

JESP seats will not be available until 2005, and the JSF contractors had to select suppliers before submitting engineering and manufacturing development proposals later this year. The teams were allowed to make their own seat selections based on affordability and capability. Lockheed Martin describes the Mk16E seat as "minimum cost and risk...[and] the most cost-effective solution".