Explosives brought down the Russian-operated Airbus A321 over the Sinai, Russia’s federal security service chief has told president Vladimir Putin.

Bortnikov told Putin that personal belonging, baggage and debris from the MetroJet A321 had been studied by investigators.

These examinations have “revealed traces of foreign-produced explosive”, he stated. 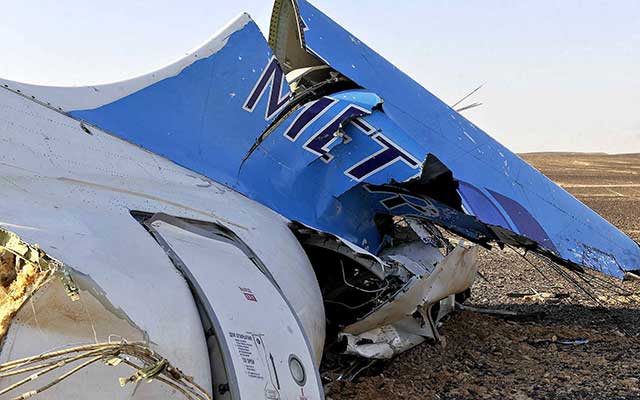 The aircraft was transporting an improvised device, with an explosive capacity of up to 1kg of TNT, said Bortnikov, leading to its destruction in the air.

“You can definitely say that this is an act of terrorism,” he added.

None of the 224 occupants of the aircraft, which departed Sharm el-Sheikh bound for St Petersburg on 31 October, survived.

Putin responded by stating that the attack was “not the first time” the country had faced such acts, noting the rail station bombing in Volgograd at the end of 2013.

He vowed that Russia’s military aviation operations in Syria would be “strengthened”, so that perpetrators of such attacks would “realise that retribution is inevitable”.

“We will look for them wherever they might be hiding,” he said. “We will find them anywhere in the world, and punish them.”