Dutch prosecutors have displayed a large missile component, the exhaust of a Buk surface-to-air weapon, as they work to build a criminal case over the destruction of Malaysia Airlines flight MH17.

The Dutch public prosecutor’s office says the venturi port – which accelerates combusting fuel gas to propel the missile – was found at the crash site of the Boeing 777-200ER after it came down in eastern Ukraine.

In a document detailing aspects of the criminal investigation, the prosecutor points out that, although the Dutch Safety Board believes a Buk brought down the aircraft, the standard of evidence for the criminal probe is “set much higher”.

“We are dealing with a conflict involving several parties,” says team leader Gerrit Thiry of the Dutch national criminal investigation service Dienst Landelijke Recherche. “These parties may have an interest in manipulating or contaminating material.

“Therefore we continuously ask ourselves what could be the interest of a source to distribute certain information.”

The missile exhaust port, some 30cm in diameter, appears to support the claim that a Buk was used against MH17. 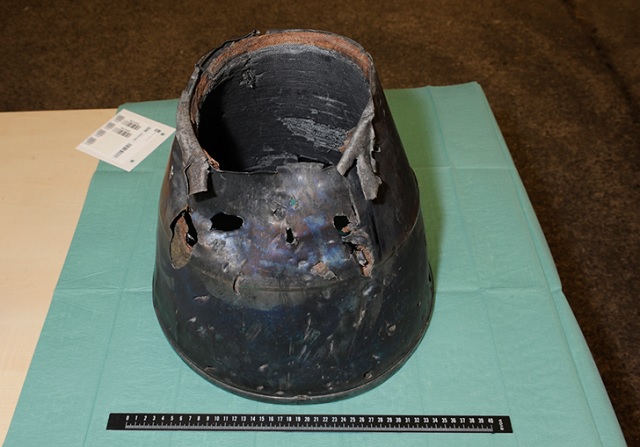 But the prosecutor’s office has yet to establish the reasons behind the attack, and whether it was intentional.

“An important question for the criminal investigation is whether a missile can be launched unintentionally,” the office states.

“Did anyone accidentally push a button which caused the missile to be launched? Or can this only be done by means of a conscious act? And how exactly does the weapon system select its target?”

Obtaining reliable information on the operation and functioning of such military equipment, it says, is not a simple task.

Thiry adds that the political aspects of the 17 July 2014 event put additional pressure on the investigation.

“We will not get a second chance if we screw up,” he says. “The last thing we want is that we make a procedural mistake. For the purpose of a court case we need to be able to prove everything twice over.”