Long-time tactical drone maker AeroVironment has completed its acquisition of ground robot manufacturer Telerob for $45.4 million in cash and a pay-off of $9.4 million of the firm’s debt.

The purchase of the German company is an initial step in AeroVironment’s plans to integrate tactical unmanned air vehicles (UAVs) and unmanned ground vehicles for use in combat operations. 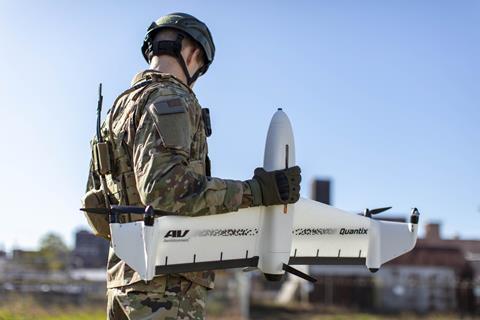 “We strongly believe in a long-term vision that we have, which is a portfolio of integrated, intelligent, multi-domain robotic systems,” says Nawabi. “If you combined these capabilities and technologies together, many of the current missions that our customers perform with our UAVs or they perform with [unmanned ground vehicles] can be done significantly better.”

Telerob makes a variety of wheeled and tracked remote-controlled ground vehicles that often come with robotic arms attached for explosive investigation and disposal. The company also makes an unmanned ground vehicle, called the Telemax Recce, for reconnaissance missions that is capable of generating three-dimensional maps while moving through an area. AeroVironment believes Telerob’s robotic vehicles could be retrofitted in the future to carry and launch its reconnaissance UAVs or loitering munitions, such as its Switchblade 300 anti-personnel weapon.

For example, the situational awareness of both systems could be boosted by an exchange of sensor feeds.

“Situational awareness is based on what can be seen from [an unmanned ground vehicle’s] cameras, which are somewhere between the ground and eye level,” Gitlin says. “With an aerial platform, like a Puma, Raven, Wasp or Quantix flying up ahead, you as the operator now have additional situational awareness in a very large area around where the [unmanned ground vehicle] is operating.” 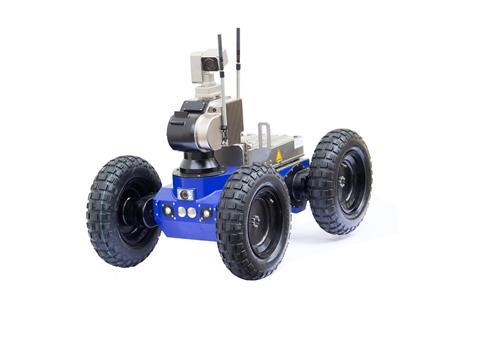 By acting as a data relay, AeroVironment’s tactical UAVs ought to also enable longer-range operations of unmanned ground vehicles, he says.

“With that aerial relay, you’re no longer subject to line-of-sight types of issues – a mountain, trees, a road curving around an area,” says Gitlin. “Now, you can relay that data and extend that mission.”

AeroVironment believes it is possible to integrate command and control of the unmanned ground vehicles into the same tablet-based systems it uses currently to direct its UAVs. Ultimately, the company plans to use different forms of automation, including artificial intelligence, to allow a few operators to control many vehicles at once.

“Our investments in autonomy and [artificial intelligence] is critical to really automating a lot of this stuff and reducing, not only human error, but also the cognitive load on the operator, so they can focus on other things,” Nawabi says.