Area-I has developed and test flown a new air-launched effect, known as the Altius-700, that can carry multiple payloads and fly for more than 5h.

The unmanned air vehicle (UAV) flew for the first time in August. It is a larger variant of the Altius-600, an air-launched effect the US Army has experimented with extensively over the past couple of years. 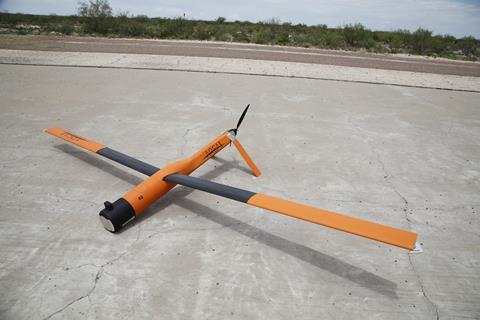 The service is looking at air-launched effects – a sort of multipurpose drone that would be carried aloft and launched from helicopters and larger UAVs – to conduct reconnaissance, electronic warfare or even loitering munition strikes. The US Army believes the small, disposable UAVs may offer a way to penetrate and destroy enemy air defences, in particular surface-to-air missile systems, such as the Russian-built Pantsir S1.

The Altius-700 is essentially the Altius-600 “on steroids”, says Area-I chief executive Nick Alley. Like its predecessor, the Altius-700 has wings that swing out from a stored position on the vehicle’s back and then extend in length. The larger air-launched effect’s wingspan has been stretched to 3.66m (12ft) from about 3m. Extra wingspan helps increase the UAV’s flight endurance by about 25%.

Payloads inside the Altius-700 are modular, allowing operators to swap mission payloads and batteries. Endurance can vary from 1h to more than 5h depending on the payload’s weight, size and power draw.

The UAV gets its extra capacity from a fuselage that is about 2.5cm wider: a diameter of 17.8cm. It also has a longer length, which Area-I declines to disclose.

“More of the forward portion of the aircraft is available,” says Alley. He notes that the heavier payload allowance and greater volume might enable the Altius-700 to fly multiple payloads at once. The Altius-600, which has an allowance of about 3.2kg, can only fly with a single payload at once.

Because of its larger size, the Altius-700 cannot be launched from a common launch tube. The air-launched effect can be hand-launched out of the cargo door of an aircraft, or deployed from a “roll-release canister”, a sort of launch mechanism that drops the drone. 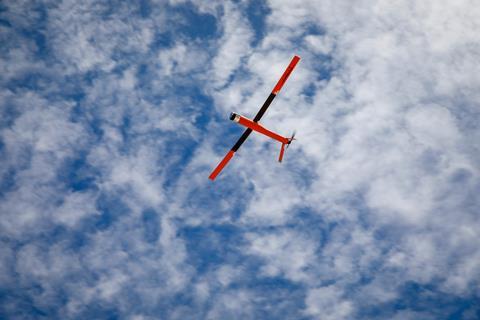 Area-I notes its participation in the US Army’s Air Launched Effects vehicle design development effort, but otherwise declines to comment on the military customer or application for the Altius-700.

Generally speaking, the Altius-700 ought to be able to carry out similar missions to the Altius-600, says Alley, who declines to elaborate. Those missions include intelligence, surveillance and reconnaissance, counter-UAV, electronic warfare, signals intelligence and loitering munition strikes, according to Area-I’s website.

The Altius-700 and Altius-600 are each capable of partially retracting their wings, says Alley. “From an aerodynamic standpoint, short, stubby wings are faster and more manoeuvrable,” he says.

Alley declines to say if retractable wings might be useful for dive-bombing, loitering munition strikes. However, he adds: “We have a very mature [internal research and development] effort that is weaponising the -600.”