Conducted at Megiddo airfield in Northern Israel on 7 May, the activity involved taking off with a cargo load and performing a pre-planned flight to a specified point of delivery. The cargo was then offloaded before a medical training mannequin was transported to the Cormorant's point of origin. A monitor transmitted condition information about the "patient" to personnel on the ground, and a video camera that would allow two-way communication was also tested. 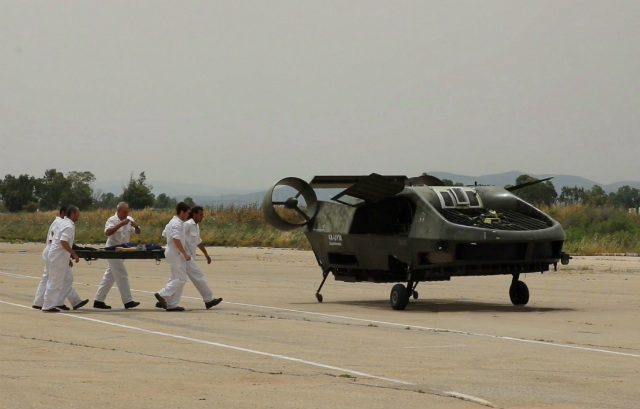 The sortie was performed autonomously, apart from loading and unloading.

"We see the Israeli defence forces as our first customer, and have been working with their experts to define the needed capabilities," Yoeli says. The company has designed its Cormorant in accordance with the US Federal Aviation Administration's passenger carrying certification standards.