Cormorant UAV gets its Safran engine

According to the Urban Aeronautics subsidiary, the power shift will bring the Cormorant close to its final configuration. The company expects to start deliveries of the UAV by 2021. 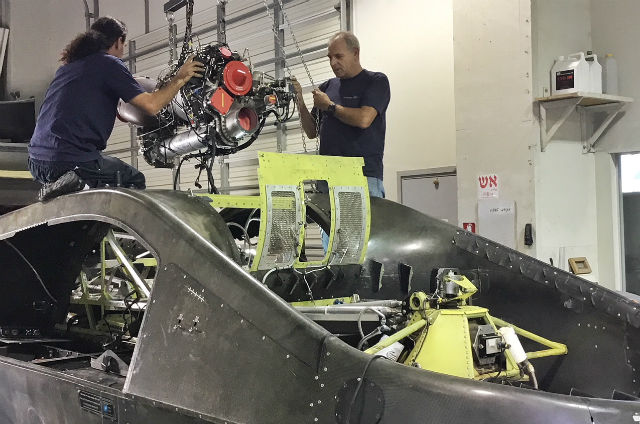 Dr Rafi Yoeli, chief executive of Tactical Robotics, says: "We have been privileged to work with Safran from virtually the earliest days of our technology development at Urban Aeronautics." The companies signed a memorandum of understanding in September 2016 to "study new market opportunities and address power system solutions to support the development of new platforms featuring an internal rotor system", he adds.

Powered by an Arriel 2N engine, the production-standard Cormorant will be used to transport cargo, with an autonomous capability following a pre-planned flight path. The company demonstrated such an operation during testing earlier this year.

Yoeli describes the Cormorant as the first UAV to be designed in accordance with US Federal Aviation Administration passenger-carrying certification standards. Another of the design's intended roles is to transport casualties from challenging locations, such as an urban environment.