The effort was intended to test the ability of the unmanned air vehicle (UAV) to be controlled by multiple means in areas that are contested by an adversary. 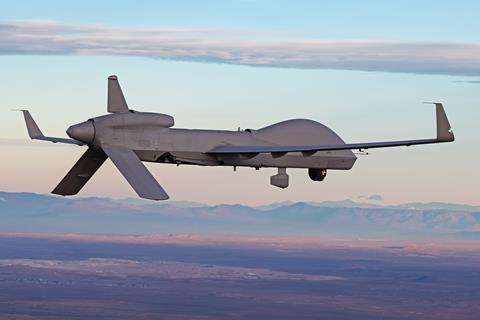 Communication with the different satellites was facilitated with common hardware and software. “Advanced waveform capabilities” were also tested during the event, says the company.

Multiple means of connecting to the Gray Eagle Extended Range could also be helpful in conducting long-range missions. The unmanned aircraft has a mission endurance of 42h and the US Army is looking at how it might be used across the vast spaces of the Indian and Pacific Oceans.

General Atomics plans to flight test the satellite communication systems on the MQ-1C in the fourth quarter of 2022.