The smallest version of a family of such systems, the Hero-30 is a loitering munition which carries a 3kg (6.6lb) expendable payload in a canister that is also used to house a pneumatic launcher. Equipped with an electro-optical/infrared sensor, the 0.78m (2.5ft) long and 0.8m wingspan air vehicle is powered by an electric motor with a flight endurance of 30min. 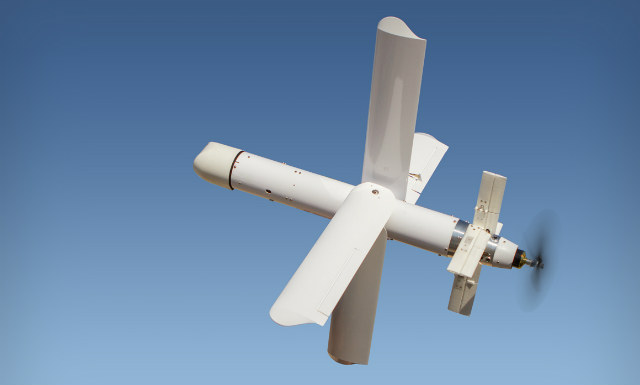 After launch, the Hero-30 locks on to a predetermined target and transmits video footage to an operator equipped with a handheld unit.

The air vehicle will loiter in the target area at altitudes of between roughly 1,000ft and 2,000ft. The datalink developed for the system can enable a controller to be up to 5.4nm (10km) or 22nm away from the target, depending on the antenna used. The operator can abort the mission if required, Dubester says.

The system is armed with an anti-personnel warhead, but according to Dubester other options will be available in the near future.

Demand for small loitering munition systems has increased in recent years. The ability for small units to attack sources of fire independently has become crucial in combat, particularly in urban areas.