Israel Aerospace Industries (IAI) has unveiled a maritime derivative of its Harop loitering weapon system, which can be launched from a ship's deck and controlled from an onboard mission control centre.

Carried by a surface vessel within a sealed launch container, the maritime Harop can be launched at any angle, from a horizontal to vertical trajectory, IAI says. 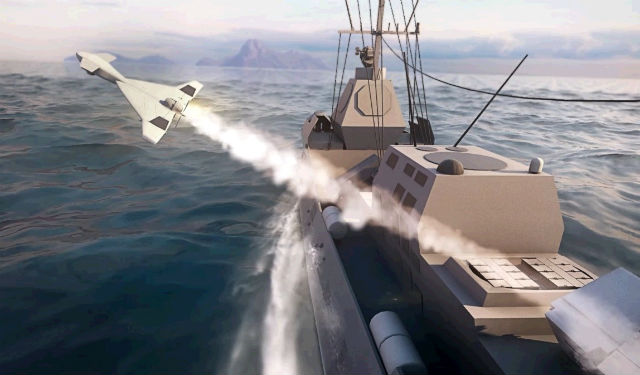 The weapon has a 16kg (35lb) warhead and uses a POP-250 electro-optical/infrared sensor provided by IAI's Tamam division. The ground-launched version of Harop has an operational range of 540nm (1,000km) and an endurance of 6h, with a "man in the loop" option for targeting.

Boaz Levi, executive vice-president and general manager of IAI's systems, missiles and space group, describes the maritime Harop as providing an operational alternative to the use of ship-launched anti-ship missiles. It also could have additional uses, "such as intelligence-gathering and allowing the operator to choose the precise timing of an attack," he adds.