Israel reveals SpyLite use over Gaza

Israel has confirmed the use of an additional unmanned air system to its usual air force and land force assets during its "Brother's Keeper" and "Protective Edge" operations earlier this year.

With mini UAS having provided critical support in these and other recent Israeli anti-terror operations, its military made extensive use of the SpyLite, manufactured by BlueBird Aero Systems.

This is the first time that the Israel's defence establishment has revealed the use of such equipment beyond the Elbit Systems Hermes 450 and Israel Aerospace Industries Heron 1 operated by its air force, and the Elbit Skylark operated by ground units. 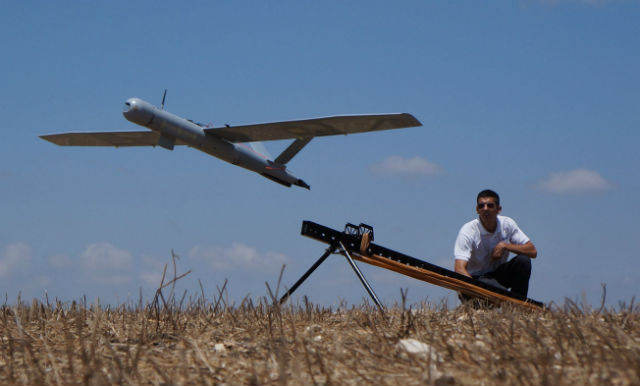 During the recent operations, including over Gaza, SpyLites performed more than 700 high-tempo sorties, each lasting over 3h. The type was operated by small crews around the clock, in different locations and in harsh environmental conditions, and provided covert real-time intelligence to the Israeli forces.

The accumulated experience gained during the two operations has taken the SpyLite's total use to over 10,000 flight hours, according to its manufacturer. The 3-4h-endurance type has been in operation since 2006, and has previously been delivered to numerous export customers.