Israel's defence forces are expanding their use of aerostats equipped with multisensor payloads.

According to RT managing directorRami Shmueli,during operation Protective Edge in Gaza in July and August some 13 aerostats were deployed along the border.

The company's aerostats can be deployed at an altitude of 1,150ft for 72h before being pulled down and refilled with helium.

Shmueli says the company has developed a larger aerostat, the Skystar 300, which is capable of floating at an altitude of almost 1,500ft while carrying a heavier payload. Capable of being operated at awind velocity up to 40kt (74km/h), the truck-transported aerostat can be refilled within 20min after remaining aloft for up to 72h. 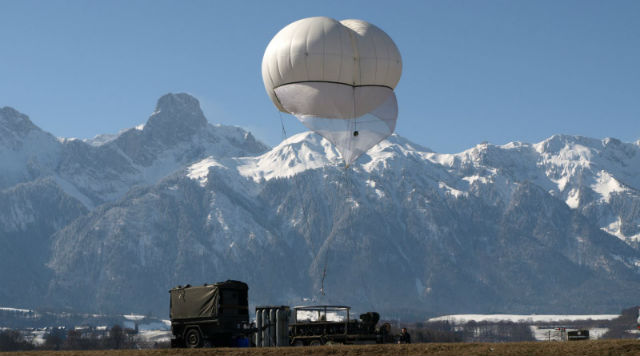 The aerostat's tether cable carries the required power supply and a secure two-way communications channel capable of transmitting video images and other data, while the system is able to transmit its output and be controlled from a remote site.

RT has recently opened a US subsidiary, RT Aerostat Systems, and is offering its systems to the state of Texas, to support efforts to better patrol its border with Mexico. The new unit could also allow the Israeli company to offer its products to other organisations, including the US Army.